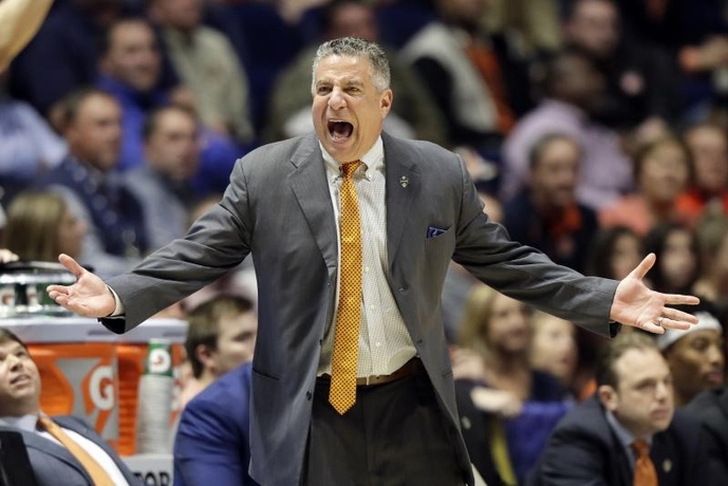 The college basketball season is set to tip off on Friday and while that usually provides renewed hope for teams around the country, a handful of coaches know that they need to perform this year. There's also the FBI investigation looming over the sport, which already claimed one major victim with Louisville firing Rick Pitino. Several more could follow depending on what the FBI finds in the coming weeks and months. However, there are also coaches where wins and losses will be all that matter in terms of their job status.

Here are the six coaches who head into the new season on the hot seat: Fox has benefitted from being at a school where the success of the basketball program isn't a major priority. The Bulldogs have been competitive in the SEC in his tenure, going .500 or better in conference in six of his eight seasons at the helm, yet only two of those seasons have resulted in NCAA Tournament appearances (and they're 0-2 once they get there). This year, Georgia has a bonafide star in Yante Maten, but a lack of recruiting success has the roster bare around him. If UGA isn't at least on the NCAA bubble, Fox will be gone. Winning at Nebraska is hard. Miles has had some success in his five-year tenure, making the NCAA Tournament once, but has only gone 33–57 in the Big Ten games. However, four players transferred this offseason, signaling that there are bigger problems in the program. I project them to finish 13th in the Big Ten, and if that happens, he'll be gone. Barring an NCAA Tournament bid, I don't see how Brownell survives another middling year at Clemson. He is one of the better in-game coaches in the conference but is not the best recruiter (given, it’s hard at a football-crazy school), and that has led to some major holes in this roster. They haven't made the Big Dance since 2011 and are counting on junior backcourt duo Marcquise Reed and Shelton Mitchell to do everything for this team because of their lack of depth. Miss the tournament again and he's gone.

Ollie was the hottest coach in the basketball world after leading UConn to the national championship in 2014 in just his second season in Storrs. Numerous high profile offers from other college programs and NBA teams followed, but Ollie chose to stay in Storrs. Now, he's coaching for his job.

The Huskies are just 61-43 since that championship, missing the NCAA Tournament twice - something UConn should never do. A 16-17 record last season, with all of his recruits, simply isn't good enough. The warm fuzzy feelings from that championship have run their course. It's time for Ollie to prove he can start winning with his guys.

If it wasn't for the FBI probe, Stallings would be the easy No. 1 on this list. I don't see how he's going to make it past the 2017-18 season at Pitt. Heck, he may not even finish the year. After firing Jamie Dixon, Stallings turned a proud Pitt program into an absolute disaster, going 16-17 overall and 4-14 in conference play. To make matters worse, they return just nine percent of their minutes from last season, making them one of the most inexperienced teams in the country - meaning they won't be very good again this year.  The Panthers regret firing Dixon and will try to right that wrong sooner rather than later by parting with Stallings.

NEXT READ: Here Are The 10 Freshmen In College Basketball You Need To Know About Now

Auburn was supposed to have a breakout season this year, but it is off to a disastrous start. Assistant coach Chuck Person was already fired and indicted by the FBI due to his role in the scandal and two starters (Austin Wiley and Danjel Purifoy) have been suspended indefinitely due to questions surrounding their eligibility. In their first game without those two, Auburn lost in overtime to Division II Barry in an exhibition.

That breakout season is not off to a good start.

Now, there's news that Pearl is refusing to cooperate with the school's internal investigation, which could lead to his firing in the coming days. Pearl was already on the hot seat is Auburn didn't win this year. With this behind him, it will be incredible if he's still at Auburn for the start of the 2018-19 season.