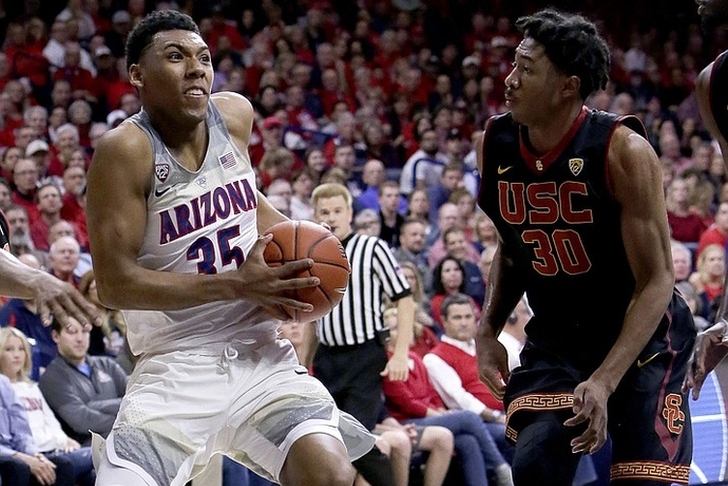 The Pac-12 finally ended their nine-year Final Four drought last season when Oregon made it to the final weekend, and this year, a number of teams have their sights set on making long runs in March. Arizona is loaded once again and sit at No. 3 in the AP preseason poll, while USC returns virtually everyone from last year's team that won two games in the NCAA Tournament. Of course, despite major personnel losses, UCLA and Oregon have high expectations as well. When Rawle Alkins withdrew from the NBA Draft and five-star commit Emmanuel Akot reclassified to the 2017 class, the Wildcats immediately became a top team in the country. Lauri Markkanen, Kadeem Allen, and Kobe Simmons are gone, but everyone else is returning from last year's 32-win team, including star guard and Pac-12 Player of the Year favorite Allonzo Trier. They also added a projected top-five pick in DeAndre Ayton, who will hold down the middle. Don't be surprised if this group spends a good number of weeks ranked No. 1 in the country. 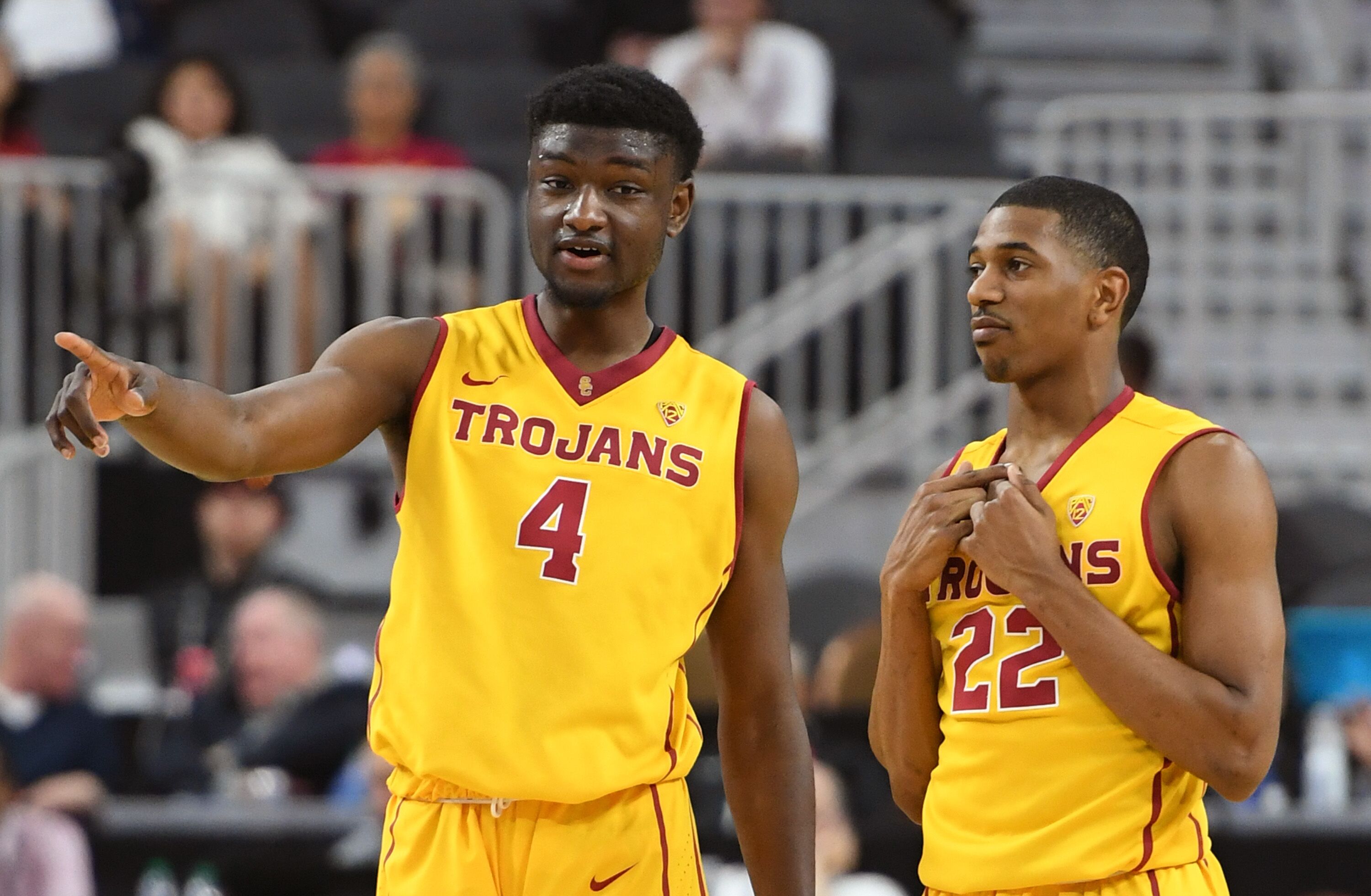 USC doesn't lose any key players from last year's team that made a small tournament run, and they only got stronger thanks to the arrivals of Duke transfer Derryck Thornton and four-star shooting guard Charles O'Bannon Jr. They'll be the biggest threat to Arizona in the Pac-12 because of that continuity and versatility. 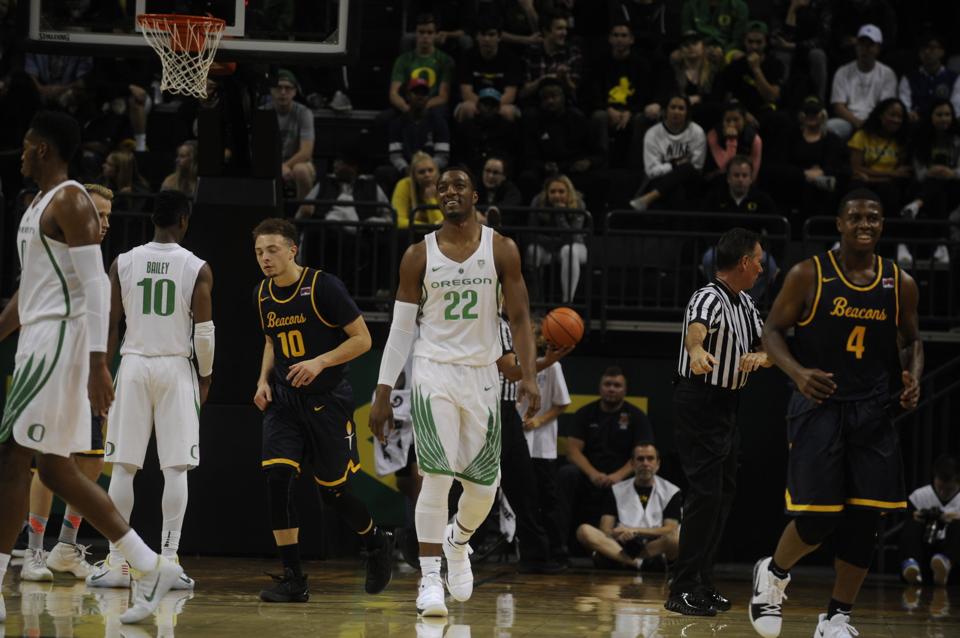 Oregon is experiencing as much turnover as anyone as only 19 percent of last season's minutes return. Sophomore point guard Payton Pritchard is their only returning starter, but the Ducks add five-star freshman Troy Brown and three transfers (MiKyle McIntosh, Elijah Brown, and Paul White) all of whom will play major, major roles for this group. UCLA is the toughest team in the Pac-12 to pin down for me. Lonzo Ball, T.J. Leaf, Bryce Alford, Ike Anigbogu, and Isaac Hamilton are all gone from last year's 31-win team, and they're counting on the nation's No. 4 recruiting class to replace them. Junior guard Aaron Holiday and senior center Thomas Welsh will be required to shoulder much of the offensive load, with freshman point guard Jaylen Hands taking on a lot of responsibility as well.

Remember, just two years ago, UCLA was a 15-win team and Steve Alford nearly lost his job. Their performance this year will tell us how much of this year's success was because of Lonzo Ball and how much was actually on Alford. 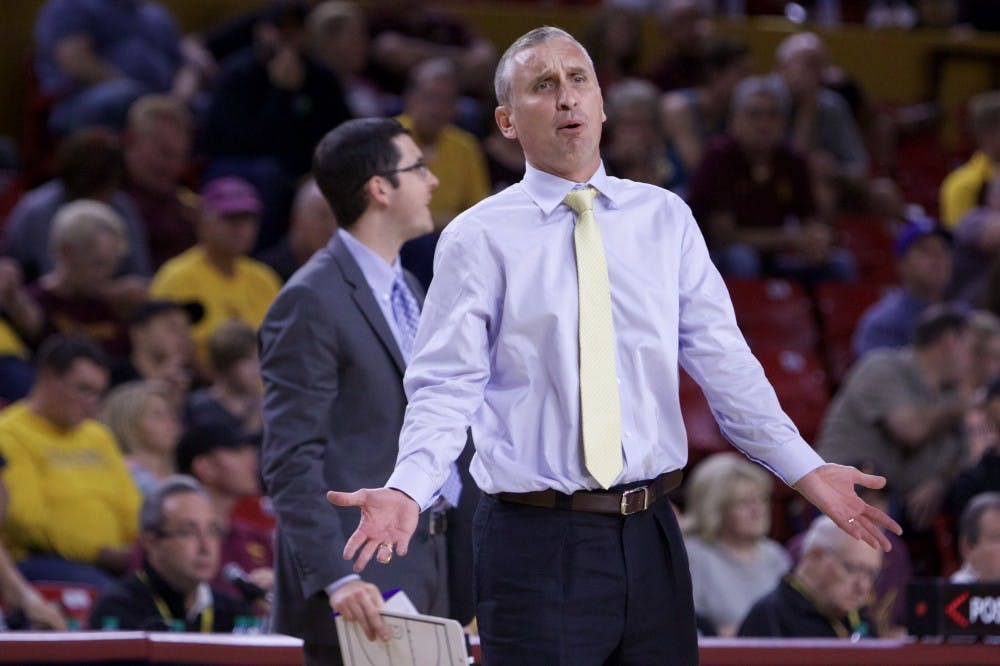 There is a clear cutoff between the top four teams in the conference and the next three or four teams, and of those, I see the Sun Devils having the best season. A breakout year has been building under Bobby Hurley, which will be led by their senior backcourt of Tra Holder and Shannon Evans. Offense will be this team's strength, but you know Hurley will have them playing gritty, hard-nosed defense sooner rather than later. Ohio State transfer Mickey Mitchell will be eligible in December and could be a difference-maker for this team in the frontcourt. 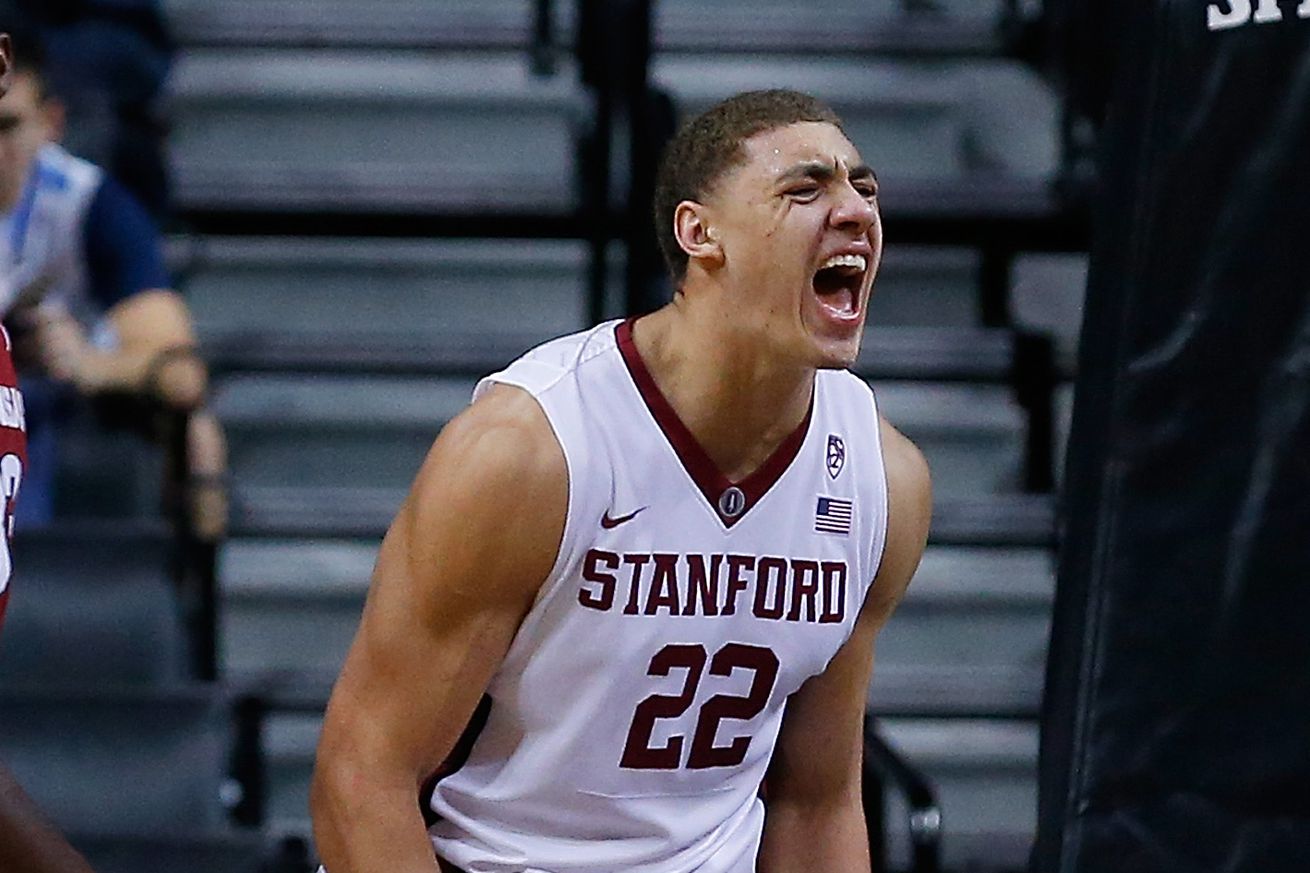 Stanford will go how senior forward Reid Travis goes. He is a first-team All-Conference caliber player, but outside of him, Stanford has a lot of unknowns. The play of their three top-100 freshmen (Daejon Davis, Oscar Da Silva, and Kezie Okpala) will determine if they can make the NCAA Tournament or not.

Points will come at a premium for Utah without Kyle Kuzma this season. However, hey will be one of the most experienced teams in the conference with only one freshman figuring to be in their rotation. The Utes are counting on senior forward David Collette to progress from a secondary scoring option to this team's primary scoring threat. The Buffs return less than 40 percent of their production from last season and are counting on Dominique Collier and Tory Stewart-Miller to develop into impact players in the backcourt and frontcourt, respectively. However, they will go as far as senior George King will take them.

There's a chance that Oregon State could move into that group with Utah and Stanford if their junior trio of Devin Eubanks, Tres Tinkle, and Stevie Thompson all stay healthy and play well. Tinkle only played in six games last year, and that injury played a major role in them winning only five games last year. The Beavers aren't deep, so another injury could derail them, but if they all stay healthy, they should be in for a major improvement. Washington was terrible with No. 1 pick Markelle Fultz last year and won't be much better this season. New head coach Mike Hopkins should help the Huskies improve, specifically defensively, but this is still a young team - no senior figures to play more than a minimal bench role for them. This season will be about developing good habits and chemistry for 2018-19. 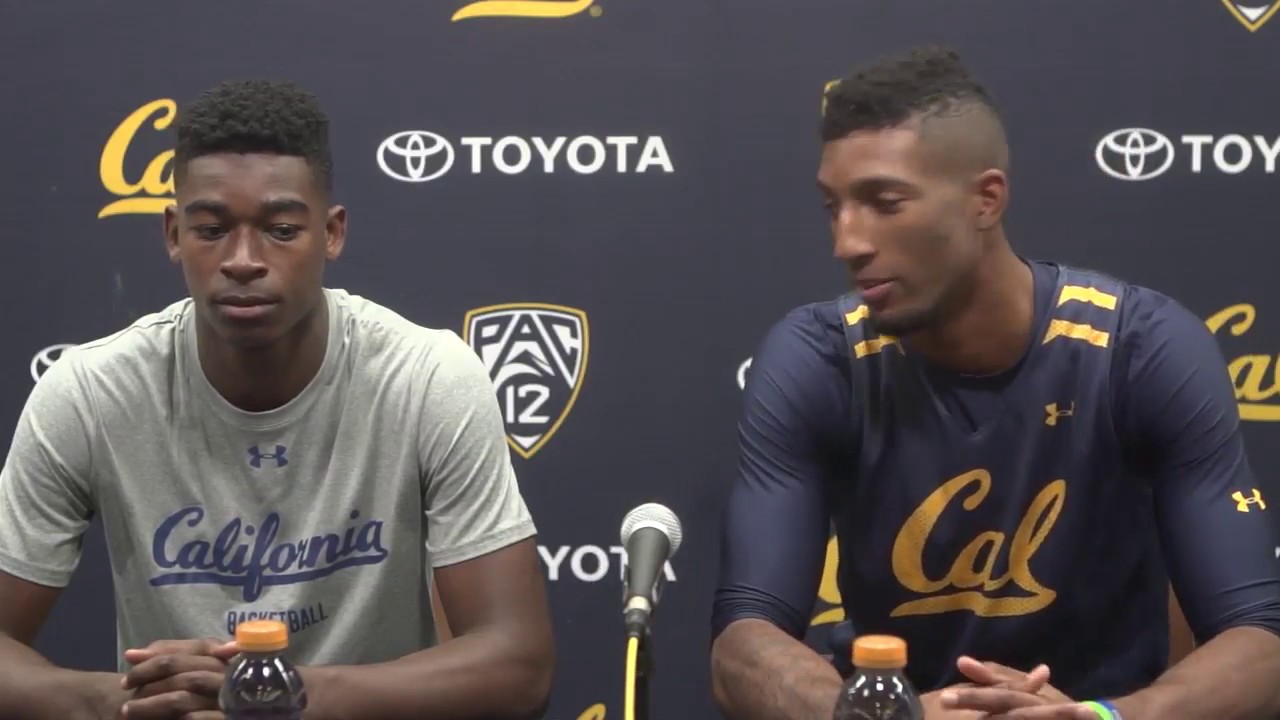 Cal fans aren't too bummed about head coach Cuonzo Martin leaving for Missouri, but there's not a lot of talent back on a roster that returns less than 20 percent of their production from last season. Kentucky transfer Marcus Lee will be counted on to be their star, but they're counting on a handful of under-the-radar freshmen to be impact players. That's not a great recipe for success. 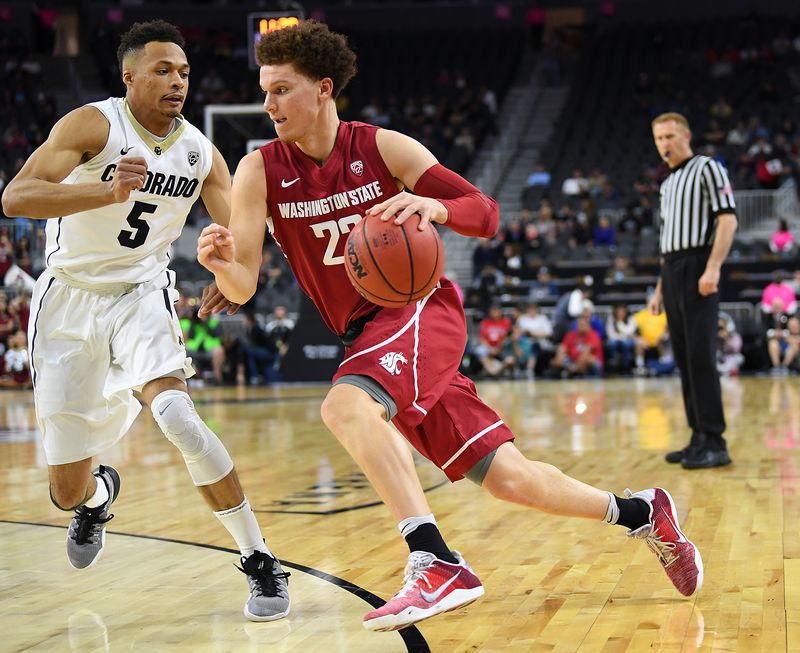 Washington State won't end their nine-year NCAA Tournament drought after losing their top three scorers from last year's team. Sophomore point guard Malachi Flynn is being counted on to step up and be this team's leader, but outside of him, this team won't be very good. The best offensive player and leader on the best team in the conference will win this award. Trier only played in the final 18 games of his sophomore season due to a suspension for failing a PED test that stemmed from a medication he took to help him recover from a car accident, yet still averaged 17.2 points, 5.3 rebounds, and 2.7 assists - all career-highs. Assuming his game takes another step forward (and there's no reason to think it won't), Trier will get some serious National Player of the Year buzz. 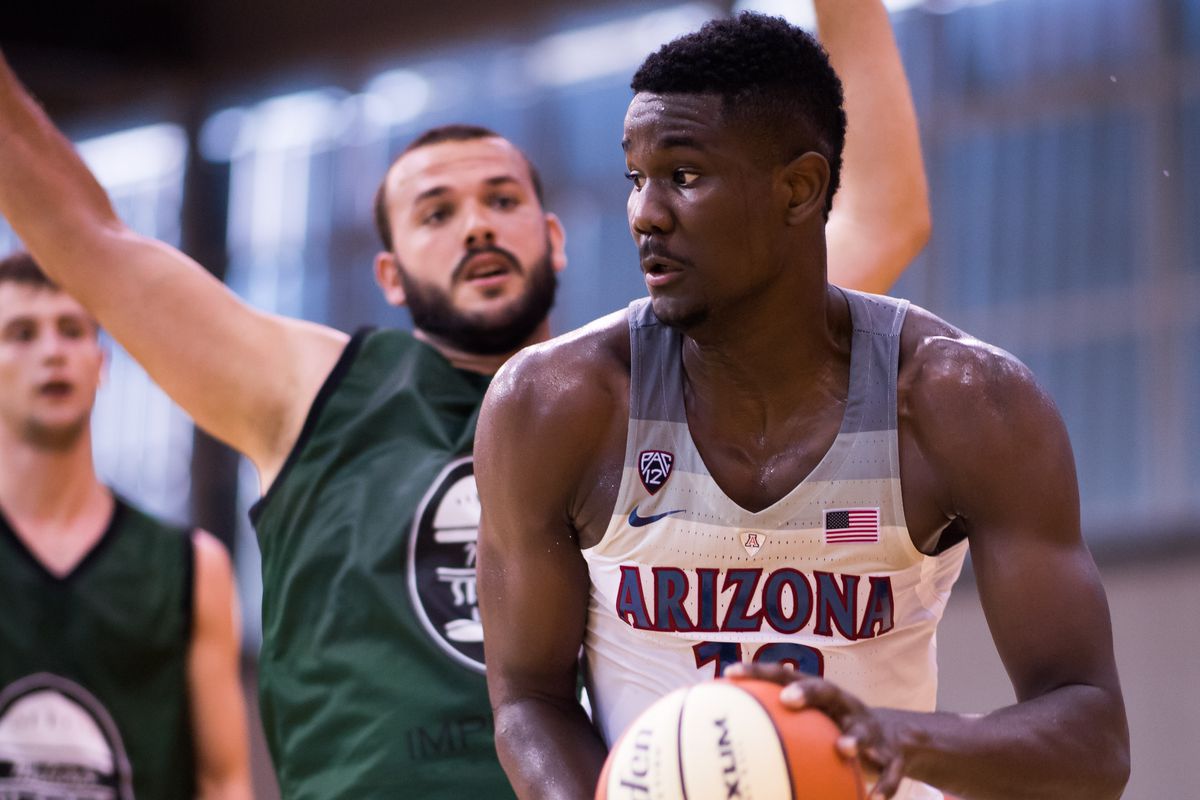 Can I interest you in a 7-foot center with a 43.5-inch vertical leap? The best true center prospect we've seen in some time, Ayton is a highly skilled big man who still has plenty of upside. Though he's not a super athlete (despite the vertical), he's a good athlete with reliable post moves - and someone Sean Miller will utilize on every single possession. He's smart, a good passer, and a quality defensive presence, which means he'll be a big-time impact player for the Wildcats.

Turning USC into the No. 2 team in the conference would be no small feat for Enfield, and despite the preseason expectations, should end in a Coach of the Year award for him if it happens. He took over a program that won 11 games in his first year and guided them to a 21-win campaign last season, his third in Los Angeles. The Trojans are expected to make another major improvement this year.

Follow our Pac-12 page for all the latest Pac-12 basketball news!