Everything We Know About The FBI's College Basketball Investigation So Far 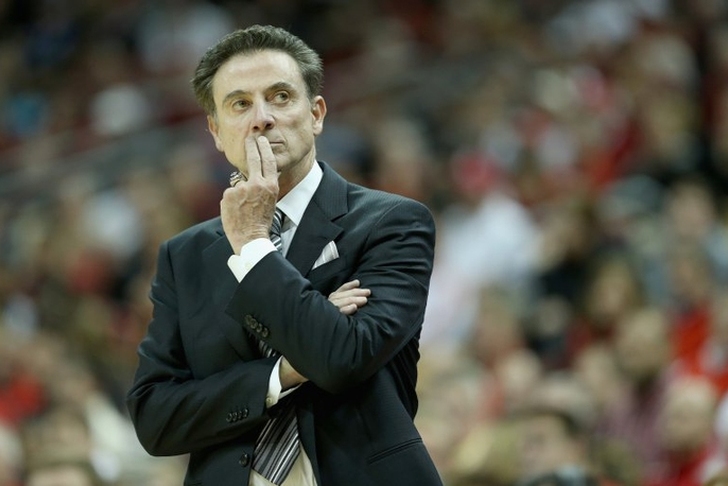 The college basketball world was turned upside down on Tuesday when the U.S. Attorney's Office for the Southern District of New York announced the arrests of 10 people on fraud and corruption charges, four of whom were assistant coaches with the others being financial advisers, managers, and Adidas representatives.

However, the fallout from the FBI investigation - which is still ongoing - is just beginning. Here is everything we know about the investigation so far:

TEAMS AFFECTED
Alabama Crimson Tide
- Associate athletics director Kobie Baker resigned on Wednesday after an internal investigation discovered that he may be involved in a corruption scheme involving the recruitment of a prospect. The scheme involved Baker accepting money to steer a recruit to an Atlanta-based financial advisor after the player went to the NBA. Five-star freshman guard Collin Sexton is from the Atlanta area and could be the prospect involved.

Arizona Wildcats
- Assistant coach Emanuel "Book" Richardson was one of the four coaches arrested. He is accused of accepting $20K in bribes from agent Christian Dawkins and financial adviser Munish Sood and giving a prospect (believed to be incoming freshman Jahvon Quinerly) $5K in order to get him to commit to Arizona. The school has started the process of firing him.

- Adidas rep Merl Code tried to get Jim Gatto, Adidas director of global marketing, to agree to pay "Player-12" $150K to commit to Miami instead of Arizona. It's unclear if Arizona was involved in a bidding war for "Player-12," who is believed to be five-star recruit Nassir Little.

- School has been identified as "University-4" in court documents.

Auburn Tigers
- Assistant coach Chuck Person was one of the four coaches arrested. He received bribes from Rashan Michel of Thompson Bespoke Clothing in order to tell his players to buy suits from Michel. Person also was bribed by the cooperating witness to tell his players to use the cooperating witness as a financial adviser. The bribes totaled $141,500.

- School has been identified as "University-1" in court documents.

- Five-star recruit E.J. Montgomery decommitted from the school on Wednesday.

Kansas Jayhawks
- Chat Sports reported that an Adidas rep was trying to steer a top 2018 recruit, identified as Zion Williamson, to Kansas. It's unclear if anyone on the Kansas coaching staff knew about Adidas' interference in the recruitment of Williamson.

Louisville Cardinals
- Louisville is the only school that has been indicted by the FBI.

- A Louisville assistant told Gatto, Code and Sood to pay $100K to "Player-10" in order to secure his commitment to the Cardinals. "Player-10" has been identified as five-star incoming freshman Brian Bowen, who has been suspended indefinitely.

- Head coach Rick Pitino has been identified as "Coach-2" in court documents. "Coach-2" played a role in funneling $100K to Bowen, and the cooperating witness said that he helped get the money to Bowen's family "at the request" of "Coach-2." Gatto "spoke directly with 'Coach-2' multiple times in the days before [Bowen] publicly committed" to the Cardinals, according to court documents.

- Pitino was placed on unpaid administrative leave, but that was only the case because he has a clause in his contract that requires 10 days notice of being fired. Once that time is up, Louisville is expected to formally fire him.

- School has been identified as "University-6" in court documents.

Miami Hurricanes
- University president Julio Frenk released a statement on Wednesday confirming that the school is under FBI investigation. No individual associated with the school has been charged.

- Code tried to get Gatto to pay "Player-12" $150K to commit to Miami instead of Arizona. It's unclear if Miami knew of the scheme. "Player-12" is believed to be five-star recruit Nassir Little.

- School has been identified as "University-7" in court documents.

Oklahoma State Cowboys
- Associate head coach Lamont Evans was one of the four coaches arrested. He is accused of receiving at least $22K in bribes from Sood and the cooperating witness to "exert his influence over certain student-athletes." Evans has been fired by Oklahoma State.

- School has been identified as "University-3" in court documents.

South Carolina Gamecocks
- Evans is also accused of accepting bribe money while serving as an assistant coach at South Carolina.

- Athletics director Ray Tanner announced the school is not a target of the FBI probe.

USC Trojans
- Assistant coach Tony Bland was one of the four coaches arrested. He is charged with providing $9K cash payments to the families of two current USC players. Bland also received $13K from Dawkins and Sood so he could steer USC players to their respective businesses. Bland has been suspended.

- School has been identified as "University-5" in court documents.

Jim Gatto, director of Adidas global sports marketing
- Gatto is accused of paying two top recruits in order to get them to commit to Adidas-sponsored schools.

Jonathan Brad Augustine, president of The League Initiative, director of an Adidas-sponsored program
- Augustine helped funnel $150K through his Adidas-sponsored AAU program, 1 Family Hoops, to get a recruit to sign with Miami.

Merl Code, Adidas representative
- Code was a "right hand man" for Gatto in his dealings with recruits.

Munish Sood, financial adviser
- Helped move $250K to families of high school recruits with help of Dawkins and Gatto with the promise that those players would use him as their financial adviser once in the NBA.

Nike Elite Youth Basketball League (EYBL)
- No Nike reps were named in the three criminal complaints, but the FBI did raid Nike's EYBL offices this week.