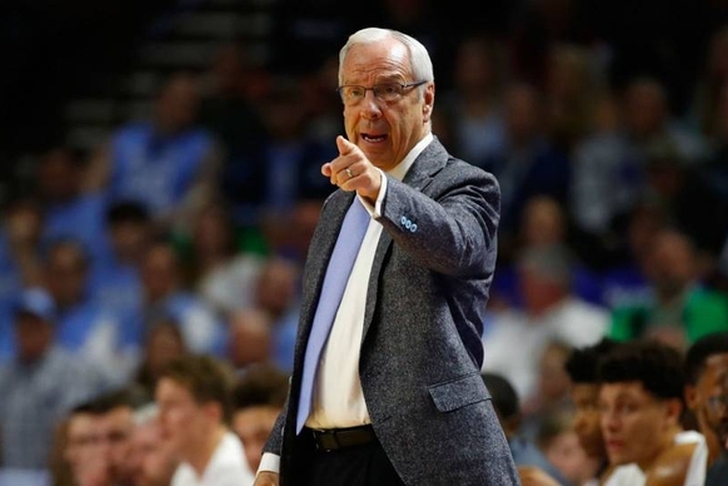 The North Carolina Tar Heels enter the 2017-18 college basketball season as a top 10 team with hopes of becoming the sport's first repeat champion since Florida in 2007 thanks to five returning rotation players, including two starters, and one of the best coaches in the game in Roy Williams.

One of them is reigning Final Four MOP Joel Berry II, who enters his senior season as a legitimate National Player of the Year favorite. Another, Luke Maye, is the guy who hit the shot that set the Tar Heels to the Final Four.

For many programs around the country, that experience and a top-end star in Berry is enough for everyone around the program to feel confident going into the season - but that's not the case in Chapel Hill.

"We’ve got four big guys, three scholarship, one walk-on,” Williams said. “You take the best characteristic of each one of them and put them in one player … you still wouldn’t have a player.”

Lacking frontcourt depth isn't exactly a surprise in the basketball world today. From the NBA level down, teams are shifting to smaller, more versatile that often include four or even five perimeter players.

However, Williams and North Carolina have gone the opposite direction, experiencing their success because of the dominance of their big men in the paint.

UNC also loved going to the post last season - 12.7 percent of their possessions were post-ups, 24th in the country - feeding star big men Kennedy Meeks, Isaiah Hicks, and Tony Bradley with regularity. Even they weren't in the paint, they were utilizing the mid-range game somewhat out of necessity due to their lack of shooting. Only 30.3 percent of North Carolina's shots came from three-point range last season, which ranked 306th in the country.

That's not out of the ordinary for Roy Williams-coached teams, either. His lineups almost always feature two true post players, and that is when his Tar Heel teams have had the most success.

It started with the 2004-2005 team that featured Sean May, Jawad Williams, and Marvin Williams (who was used as a post player during his lone season in Chapel Hill). That group then morphed into Tyler Hansbrough, Ed Davis, Tyler Zeller, and Deon Thompson, all of whom played vital roles for UNC's 2009 national title team and had lengthy pro careers. Zeller stuck around to be apart of the extremely talented 2012 team that also featured future NBA players James Michael McAdoo and John Henson in the frontcourt, and many thought that team would've won the championship had point guard Kendall Marshall not suffered a wrist injury in the NCAA Tournament.

That group was eventually replaced by Meeks, Hicks, and later Bradley, ending in last season's triumph.

With all of those three players gone, it begs the question...what will this team do in the frontcourt?

Maye is certainly locked into one of those starting roles as the junior has earned Williams' trust throughout his career. However, he's not a traditional Roy Williams big man, but cut more of the modern cloth. Maye has range that extends to the three-point line and does most of his damage on pick-and-pop plays rather than in the post. He's also not a tremendous rebounder, averaging less than four per game last year.

The other starting spot will go to Garrison Brooks or Brandon Huffman, both of whom are 6-foot-9 freshmen who were ranked outside the top 100 in the 2017 class.

“I’m scared to death of those big guys,” Williams said about his frontcourt. “I don’t know which one, but somebody’s got to be a player.”

The good news for Carolina is that their backcourt figures to be one of the best in the country. Berry will be running the show, of course, with junior Kenny Williams (6.6 ppg, 3.2 rpg) and senior Theo Pinson (6.1 ppg, 4.6 rpg, 3.7 apg) also providing steady play. Backup point guard Seventh Woods appears ready for a bigger role as a sophomore and Pitt grad transfer Cam Johnson (11.9 ppg, 4.5 rpg) will add another boost.

They are going to have to be what this team relies on, and as such, Williams would be smart to play more small ball this year. The Tar Heels have dabbled using the 6-foot-6 Pinson as a stretch four and Johnson, who is 6-foot-8, also played that role some during his time at Pitt. Expect both players to see a lot more time there this year.

The last time UNC's personnel dictated that they use a perimeter-oriented lineup was in 2013 when McAdoo was the only proven big man on the roster (Brice Johnson, then a freshman, played just 10 minutes per game). Reggie Bullock and P.J. Hairston both played the stretch four a lot that year as Carolina spaced the floor and shot more threes than we've seen from a Tar Heels team since.

That season indicates this year may not go as planned for the Heels. That North Carolina team largely underachieved, at least in some part due to Williams' lack of familiarity and comfort running a system like that. They went just 25-11, only earned an eight-seed in the NCAA Tournament, and were bounced in the second round by Kansas.

Of course, that team was filled with shooters. After all, the main purpose behind using smaller lineups is to space the floor and create more three-point shots for shooters.

North Carolina has been one of the country's worst three-point shooting teams over the last several years, but there are reasons to believe that could turn around this season. Three of their top five three-point shooters return from last year's team and the addition of Johnson - a noted sniper from deep - will only help them. He shot 41.5 percent from distance last season, a number that would have led all rotation players.

He and Berry are the two players to watch in this regard. They were two of 88 Division I players that had at least 150 catch-and-shoot attempts from three-point range last year, according to Synergy, and both were among the top 24 of those players in terms of points per possession.

Still, Williams plans to utilize his usual style of two traditional bigs and hope either Brooks or Huffman steps up.

And that's where the challenge for Williams comes in. Given the lack of size, depth, and experience the Heels have in the frontcourt, UNC's roster dictates he should use that "something else" more than what he's comfortable with.

The fanbase is also expecting him to be successful using that style. Losing 11 games and getting bounced in the second round won't cut it for this year's team. They have the talent to return to the Final Four - but that will only happen if Williams fully embraces the strengths of the roster and adjusts accordingly.