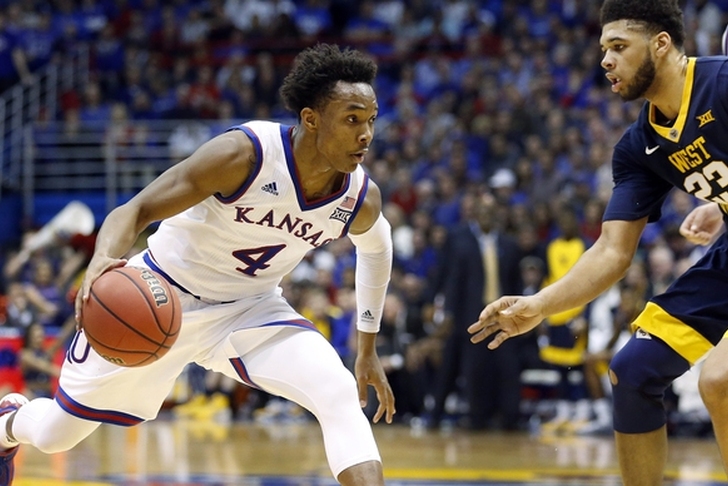 We all know the story with the Big 12. For the past 13 years, it has been Kansas...and then everyone else. The Jayhawks do lose a lot of talent - namely National Player of the Year Frank Mason III and No. 4 overall pick Josh Jackson - but this team simply reloads every offseason.

West Virginia figures to be the biggest threat to end their streak with an experienced team and their vaunted press defense, while other teams like Texas and TCU expect to take big steps forward as well. So, how will this season play out in the conference? Here is a complete preview for the 2017-18 season: Kansas lost a lot of production (Mason, Josh Jackson, Landen Lucas), but the Jayhawks are primed to be one of the best teams in the country again. Devonte' Graham, Svi Mykhailuk, Lagerald Vick, and Udoka Azubuike all return, joined by five-star forward Billy Preston and former five-star recruit and Mississippi State transfer Malik Newman. Kansas will be deep and talented again - and will win another Big 12 title. This West Virginia team might be the best Bob Huggins has had in Morgantown since his Final Four run in 2010 with Jevon Carter, Esa Ahmad, and Daxter Miles all returning. They were poised to be a top 10 team, but Ahmad is dealing with a lengthy suspension that will keep him out for half the season. The good news is that he'll be back for the vast majority of conference play - the bad news is that someone else is going to have to step up early in the season.

Texas started last season with high expectations and it didn't go well for them. Now, in the third year of the Shaka Smart era, the Longhorns needs to win. Mohamed Bamba, the No. 4 recruit in the country, is replacing Jarrett Allen, and guard Andrew Jones is back after withdrawing from the draft. This will the most talented team Smart has ever had - and he needs to produce if he wants to keep his job. I think he will, which is why the Longhorns land on my list of breakout teams.

RELATED: Who Will Be The Breakout Teams In College Basketball This Season? The 6 Most Likely Candidates 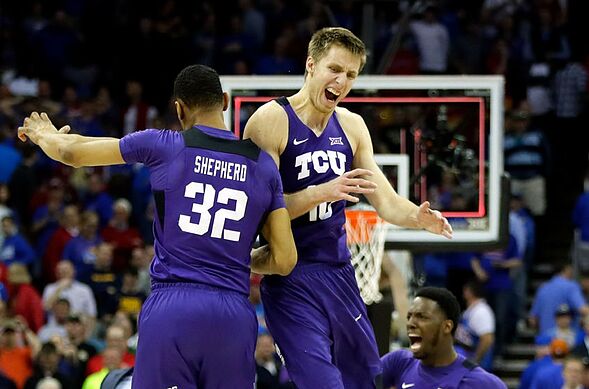 The progression TCU made in the first season under head coach Jamie Dixon was astonishing, and the result was an NIT championship. Now, the Horned Frogs return an experienced team that's poised to make the NCAA Tournament for the first time in two decades. Expect senior big man Vladimir Brodziansky to get more attention on the national stage this year.

Texas Tech nearly made the NCAA Tournament last season and return virtually all of their key pieces. Point guard Keenan Evans leads a talented group of five seniors that all figure to start, making them the most veteran team in the conference. The Red Raiders played quality defense in their first year under head coach Chris Beard and should be able to shut down opponents on that end again. Can they find enough offense?

Baylor expected power forward Johnathan Motley to return but he instead opted for the NBA Draft, leaving the Bears without many proven pieces. Point guard Manu Lecomte is one of the most underrated players in the country and could garner All-Conference buzz, and head coach Scott Drew continues to develop quality teams. I think they'll take a step back this year but will still make the NCAA Tournament. 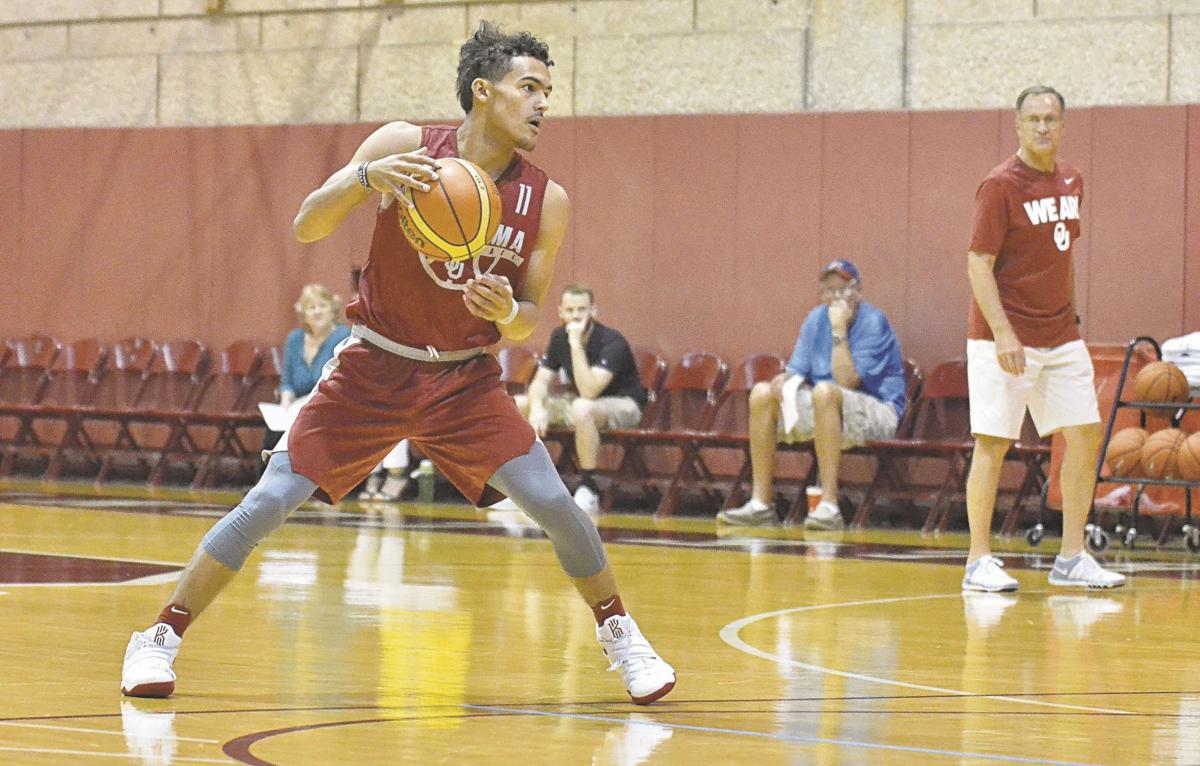 Oklahoma was absolutely abysmal last year to start off the post-Buddy Hield era, but the Sooners should be much improved. Top 20 recruit Trae Young, pictured above, will be one of the best point guards in the country and should be OU's best player right away. The biggest question is who will step up to help him carry the load? The Sooners are counting on Kameron McGusty and Kristian Doolittle to do just that.

Will K-State make the NCAA Tournament for a second consecutive season? Probably not following the departures of Wesley Iwundu and D.J. Johnson. However, the Wildcats have plenty of experience to step in and replace them, but they still face two questions - who will be their go-to guy, and how will juniors Barry Brown, Kamau Stokes, and Dean Wade handle increased roles? 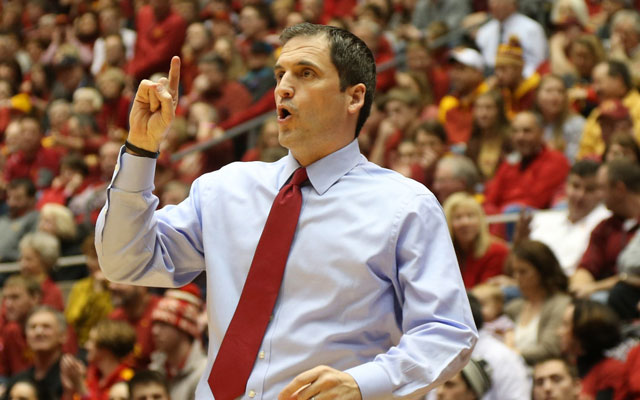 Steve Prohm is a good coach, but the Cyclones will be stuck in a transition year. They need to replace their four leading scorers from last year's team (Monte Morris, Nazareth Mitrou-Long, Deonte Burton, and Matt Thomas), all of whom were staples in the starting lineup during their careers in Ames. Three transfers - Hans Brase (Princeton), Jeff Beverly (UTSA), and Zoran Talley Jr. (Old Dominion) - are being counted on in that regard, but none have experience at the Power 5 level. A lack of depth will also hurt Iowa State, leading to a down season. 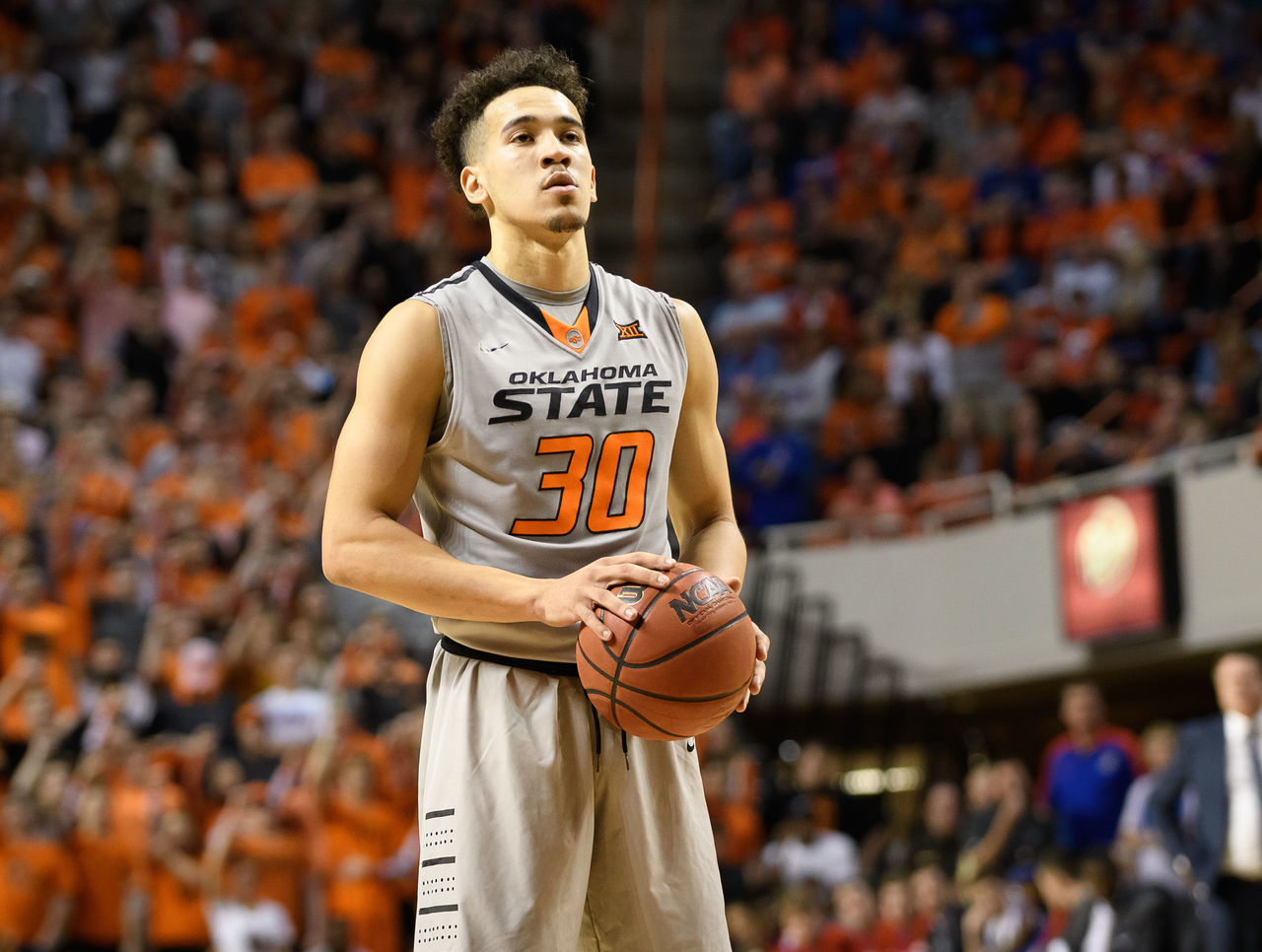 Oklahoma State is simply in a bad spot. They made the NCAA Tournament last year but their best player, Jawun Evans, left for the NBA (as expected). Then, head coach Brad Underwood shockingly left for Illinois and assistant Mike Boynton was promoted to head coach - his first head job at any level. Finally, former assistant Lamont Evans was one of the four coaches that have been arrested as part of the FBI's investigation into the sport.

The Cowboys also lack talent to go along with all of those off-court distractions. Jeffrey Carroll is one of the best players in the conference, but Oklahoma State simply doesn't have anything around him.

Graham is a natural point guard who was forced to play off the ball each of the last two seasons next to Mason. Now, Graham will have the share the backcourt with Newman, but he's the lead guard and the guy KU's offense will run through. He's among the most efficient players in the country and has demonstrated fantastic offensive versatility throughout his collegiate career - and also isn't afraid to take and make the big shot. I think he has the talent to make a major leap in his development this season, which will lead to some hardware. 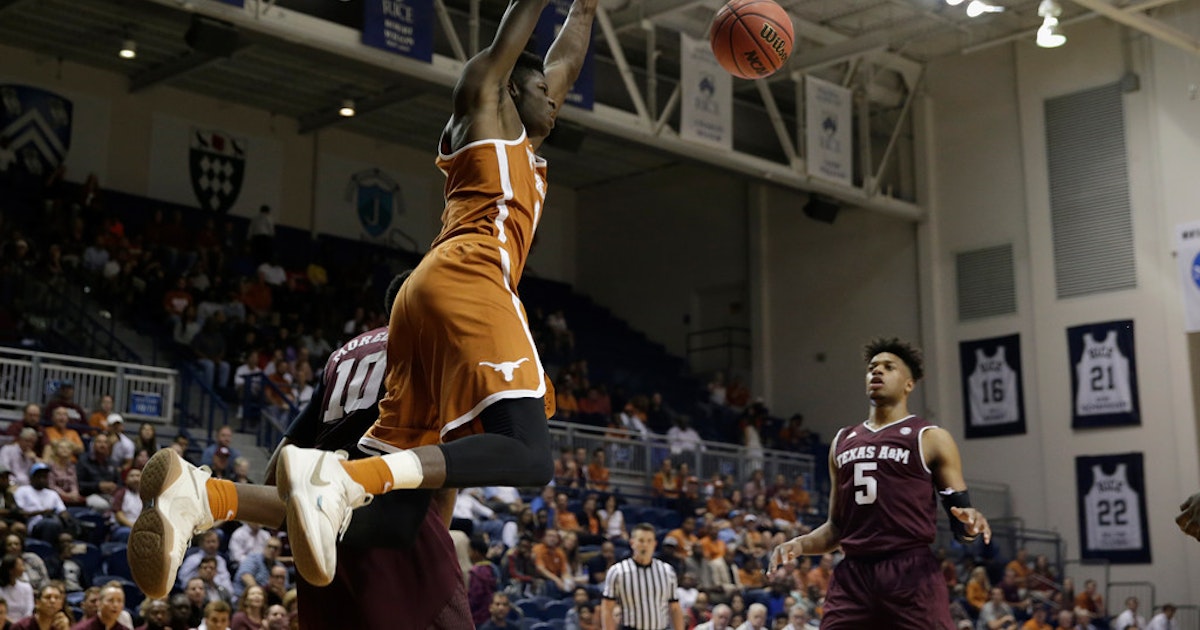 Bamba will really benefit from Texas' weight program as he really needs to get stronger, but is a game-changing shot-blocker that will hold down the middle in the way Jarrett Allen was supposed to last season. His athleticism will also allow him to have the same impact at the faster pace Shaka Smart prefers. He'll make such an impact for Texas that I expect him to be one of the best defensive players in the entire country. Pitt fans are so, so sad they ran Jamie Dixon out of town. TCU was projected to finish last in the conference a year in ago in Dixon's first season at his alma mater, but instead, he led them to the NIT title. Assuming the Horned Frogs take another step forward this year as projected and make the NCAA Tournament for the first time since 1998, he'll win this award pretty easily.

Follow our Big 12 page for all the latest Big 12 basketball news!