BREAKING: LiAngelo Ball Among 3 UCLA Players Arrested In China Prior To Season Opener 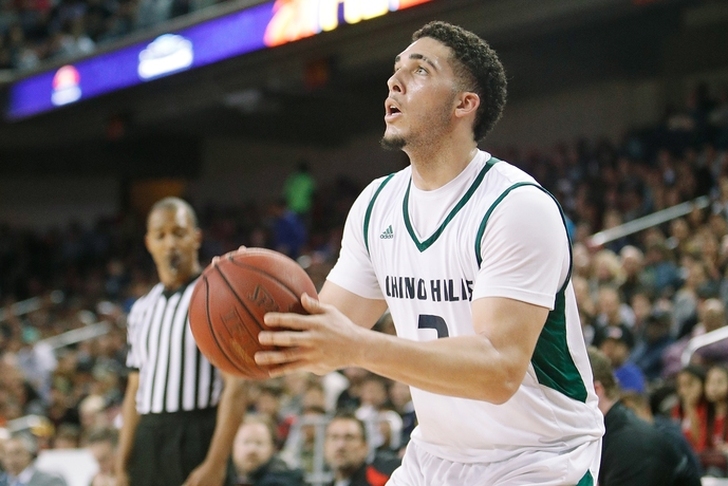 One source told ESPN that nearly 20 police officers came into the Hyatt Hangzhou at approximately 8 a.m. local time Tuesday and spoke to multiple players from both Georgia Tech and UCLA. The players, according to the source, were kept in a room for hours and not allowed to speak to any of the coaches.

"They weren't messing around," the source told ESPN. "The kids were scared."

The Georgia Tech players were allowed to leave the room hours later, and the UCLA players were seen getting into a police vehicle around 1 p.m. local time, according to the source.

UCLA released the following statement on the matter: "We are aware of a situation involving UCLA student-athletes in Hangzhou, China. The University is cooperating fully with local authorities on this matter, and we have no further comment at this time."

"During the questioning, it was determined that Georgia Tech student-athletes were not involved in the activities being investigated. They have resumed their scheduled activities in advance of Saturday's season opener versus UCLA in Shanghai."

UCLA and Georgia Tech will play their opener in Shanghai on Friday, Nov. 10 at 11:30 pm ET - 12:30 pm Saturday local time. The game will be televised by ESPN.