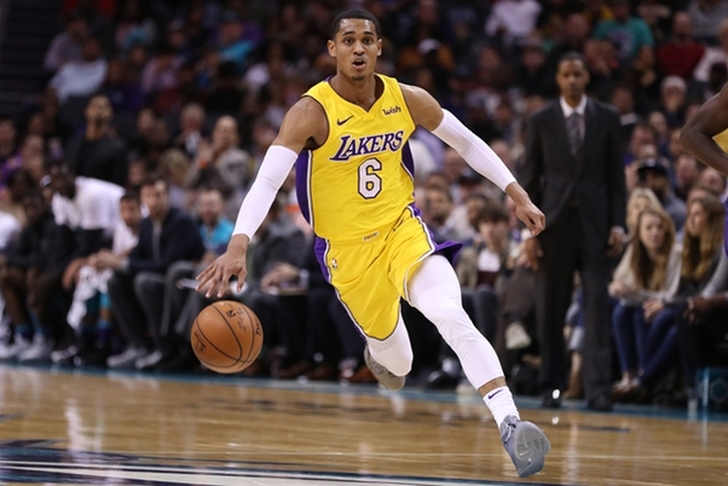 The NBA Trade Deadline is exactly a week away, and as such, we're seeing the trade market heat up - especially following the Blake Griffin trade. Many more deals are expected to take place in the coming days with several contenders looking to strengthen their roster before the playoffs, but there are also quality players figure to be available on the buyout market. Here are all the latest NBA trade rumors you need to know:

Cavs interested in Jordan Clarkson
The Cleveland Cavaliers are trying to upgrade their backcourt head of the trade deadline, and since the George Hill trade no longer seems likely, they are targeting Los Angeles Lakers guard Jordan Clarkson, according to ESPN's Brian Windhorst and Adrian Wojnarowski.

Los Angeles has been shopping both Clarkson and Julius Randle since the offseason as they try to create enough cap space to pursue two max free agents this offseason. They tried to trade Clarkson to the Detroit Pistons for Avery Bradley before Bradley was included in the Blake Griffin trade.

The Chronicle confirmed last month that Golden State is open to trading McGee for a palatable offer. At 29, McGee is still an intriguing option for teams in need of frontcourt depth. He has at least a few years left of throwing down alley-oop dunks and swatting shots at a high level.

McGee is averaging 4.1 points and 1.9 rebounds in 8.1 minutes per game this season.

The New Orleans Pelicans have been desperately searching for frontcourt help since losing fallen star DeMarcus Cousins for the season, and they may be turning to a New Orleans native to fill that role.

A source confirmed on Thursday that there is mutual interest between the Pelicans and veteran forward Greg Monroe, a former Helen Cox standout, on a potential free-agent deal.

Monroe was traded from the Milwaukee Bucks to the Suns as part of the Eric Bledsoe trade, and he never quite fit into Phoenix's plans. The Pelicans are hoping he can replace DeMarcus Cousins, who is out for the season with a ruptured Achilles, in their starting lineup.

Monroe is averaging 10.4 points and 7.4 rebounds per game this season.