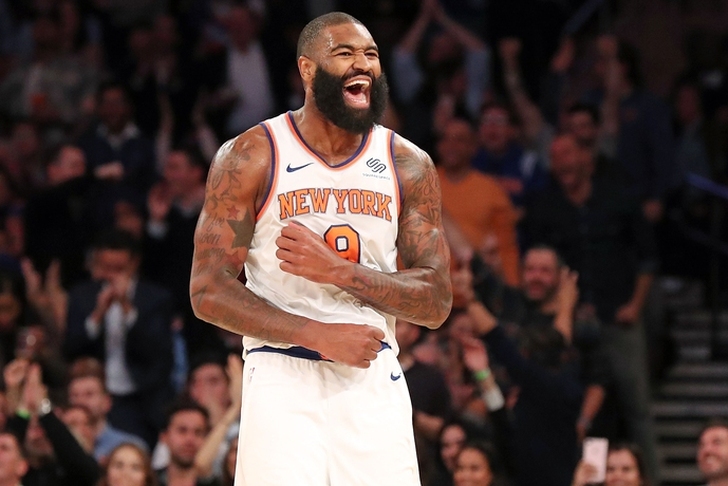 The Golden State Warriors have the best record in the NBA at 37-10, but that doesn't mean the team still isn't looking at the trade market to find ways to improve.

According to ESPN's Ian Begley, the Warriors have expressed interest in trading for Knicks backup center Kyle O'Quinn.

"O'Quinn has certainly outperformed his contract," said David Jacober, a strategic planning consultant for NBA teams. "His diversity on offense makes him attractive to a number of teams, such as Houston and Golden State."

The Knicks have lost 12 of their last 16 games, dropping them out of the playoff mix in the Eastern Conference. And as such, many around the league are expecting them to have somewhat of a firesale before the deadline.

O'Quinn, a noted defender, is averaging 6.9 points and 5.8 rebounds per game this season.

Follow our Golden State Warriors by Chat Sports Facebook page to stay up to date on all things Warriors!