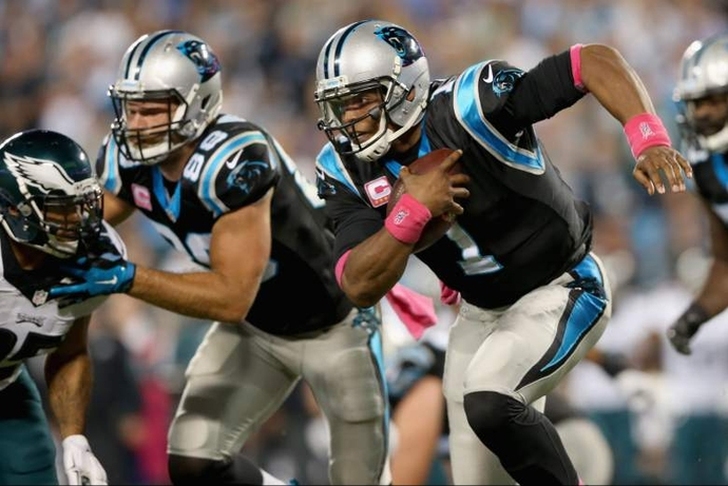 Week 6 of the NFL regular season kicks off tonight with the Philadelphia Eagles visiting the Carolina Panthers. Both teams are 4-1 coming into this one, meaning this game could have major postseason implications when it comes to seeding in January. Plus, it's a matchup between two of the league's best quarterbacks in Carson Wentz and Cam Newton.

Which team will emerge victorious on Thursday night? Here's our preview and prediction.

What They're Saying About The Carolina Panthers:
Fantasy Football Rumors: Start or Sit Carson Wentz and Cam Newton on Thursday Night Football (Chat Sports)
Five Things to Watch: Panthers vs. Eagles (Panthers.com)
Panthers-Eagles a fight for No. 1 seed in NFC (ESPN)

Check out our NFL Daily podcast!

Key To The Game: Who wins the quarterback battle?
Wentz and Newton are both coming off stellar performances in Week 5 - Wentz passed for 304 yards and four touchdowns against the Arizona Cardinals while Newton threw for 355 yards and three touchdowns against the Detroit Lions. Both the Eagles and Panthers are teams that rely on their quarterback to make plays more than other teams do. Essentially, neither team wins if their quarterback doesn't play well.

That may be oversimplifying it, but it's true in both cases. Whoever wins this one-on-one battle - and, most importantly, turns the ball over less - will lead their team to a big victory.

Prediction: Panthers win 27-21
I think Newton slightly outplays Wentz given the way he has played over the last two weeks, but a number of other factors also work in favor of Carolina - they are at home, have a better rushing attack, and a better defense. This one will be close throughout and won't be decided until the fourth quarter, but the Panthers will walk away with the victory thanks to some big plays from Newton.