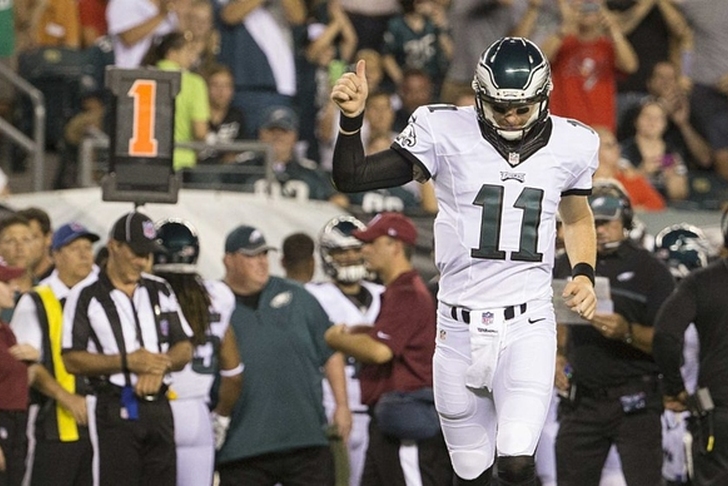 Who will score more #FantastFootball points on #TNF this week? #PHIvsCAR #FlyEaglesFly #KeepPounding

You May Also Like: Is Carlos Hyde Still the Starting Running Back for the 49ers?

I know Wentz just threw for 304 yards and four touchdowns against the Arizona Cardinals and Cam Newton threw for 355 yards and three touchdowns last week against the Detroit Lions. It will be hard to sit a quarterback who has been playing so well but as I said above quarterbacks score less points on Thursday.

The real reason why you clicked on this article is that you want to know can I start either Wentz or Newton with confidence or should I sit them. The Panthers are the 9th best defense against quarterbacks giving up an average of 14 fantasy points a week. They have given up seven passing touchdowns and have only one interception this season. The Eagles are 20th against quarterbacks this season. An interesting stat is Newton in two games at home has zero touchdowns and three interceptions. Will he break that trend in this matchup?

When dealing with Wentz I don't think he will finish as a QB1 this week but Newton is a guy I think you should stay in the flames with him and keep starting him. If you're in a league with both, I would roll with Newton at home over Wentz. If you have more fantasy football questions hit me up on Twitter @MitchellRenz365 or send me a tweet Sunday morning using #AskMitchellLive to get on my show.