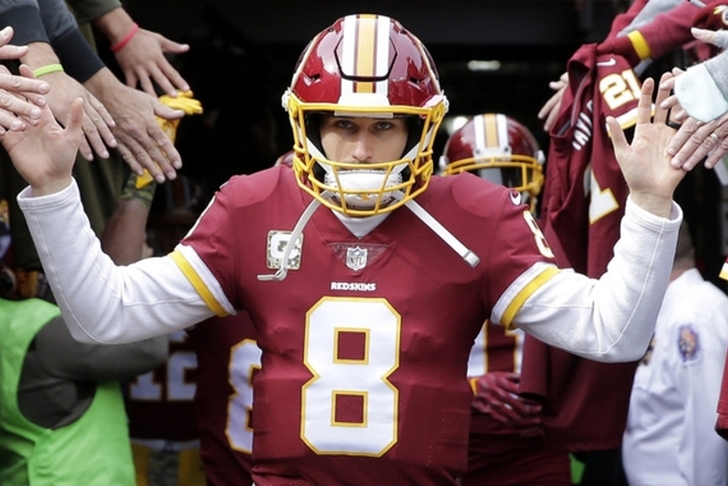 It's Super Bowl Sunday and the New England Patriots and the Philadelphia Eagles will battle for Super Bowl LII. For the other 30 teams in the NFL, the offseason is here and the rumor mill is churning. The drama surrounding quarterback Kirk Cousins continues to grow, first Colin Cowherd claimed the Broncos were close to a deal with Cousins and then Adam Schefter reported the Redskins may franchise tag him. Now a new chapter to the Cousins' offseason drama will be added. Here are the latest NFL rumors you can't miss.

Vikings On Top Of Cousins' Wish List
Paul Allen of KFAN Minneapolis reports the Minnesota Vikings are "number one with a bullet" on Cousins' wish list. On Tuesday the Kansas City Chiefs and Washington Redskins reached an agreement for a trade involving Chiefs QB Alex Smith. This trade will likely be the end of Cousin's time in Washington, thus making him the most valuable player on the free agent market.

Minnesota would be an ideal landing spot for Cousins since he wants to "win right away." However, several other teams will be in the mix as well.

Larry Fitzgerald Announcing 2018 Status
According to NFL Network's Mike Garafolo, Arizona Cardinals wide receiver Larry Fitzgerald stated he's "excited about what the future holds in Arizona.” Fitzgerald also indicated when he will make his decision on whether or not he will return in 2018, "“I’ll be ready in a week or two.”

Fitzgerald isn't 100 percent playing in 2018, "things need to happen with personnel first," Fitzgerald said before he makes his intentions public.

On Wednesday, Fitzgerald's father told Sirius XM NFL Radio that his son will only play for the Cardinals if Fitzgerald returns for another season. If the Cardinals don't make the proper personnel decisions, this may force Fitzgerald into retirement.

After seven seasons, Bevell was fired in early January due to the Seahawks struggling on offense down the stretch of the season.

Bevell is also drawing interest from the Vikings and Giants and previously interviewed for positions with the Falcons and Cardinals.