Report: Washington Redskins May Franchise Tag Kirk Cousins In Order To Trade Him 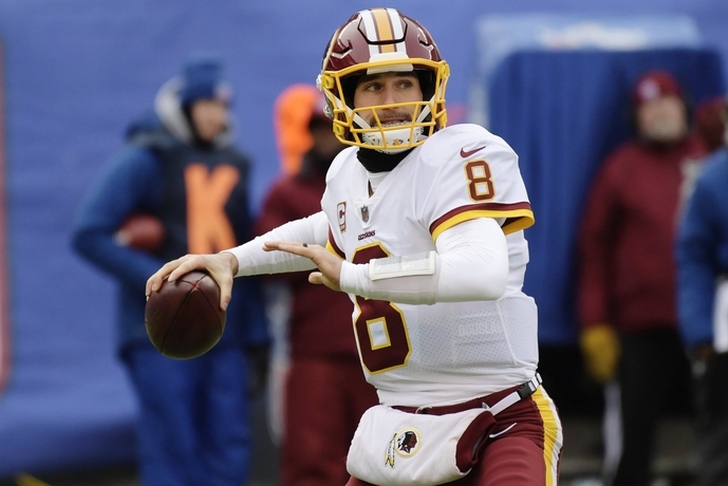 On Super Bowl Sunday morning ESPN's Adam Schefter reported, the Washington Redskins will consider using their franchise tag on quarterback Kirk Cousins in order for them to trade him and recoup some of the compensation they are sending to the Kansas City Chiefs for quarterback Alex Smith.

Tagging Cousins would prevent him from signing where he pleases once the new NFL league year begins on March 14th, because he wouldn't become a true unrestricted free agent. This will impact how other teams would approach the 2018 NFL Draft and free agency. Without the franchise tag Cousins would be the leagues top free agent.

RELATED: 6 teams that could sign Kirk Cousins (and the vegas odds)

Cousins does have some control and he could force Washington into an uncomfortable situation if they place the franchise tag on him. The Redskins can't trade Cousins until he signs the franchise tag and if Cousins wanted to delay the signing he could, forcing Washington to count his approximate $34.5 million against their salary cap.

Washington tagging Cousins comes with even more risk. If the Redskins tagged Cousins to get his contract off their salary cap, Washington may lose the right to recoup a 2019 compensatory draft pick.

Washington will have to decide soon whether or not they will tag Cousins because teams can begin designating franchise players on Feb. 20.