BREAKING: Colin Cowherd Claims Broncos Are Close To A Deal With Kirk Cousins 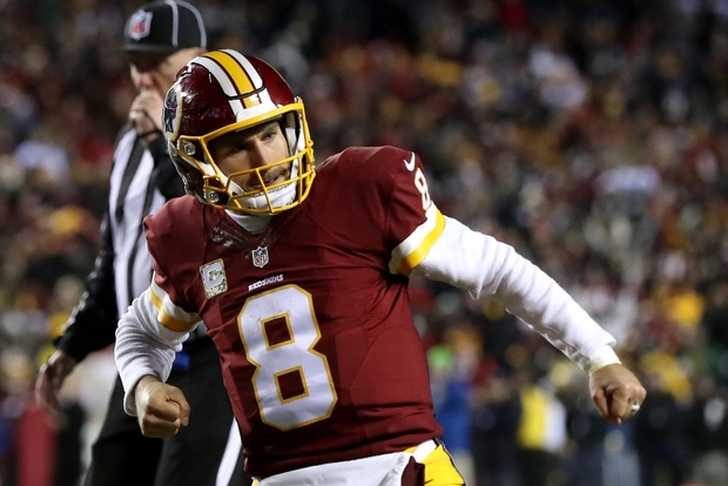 With the Washington Redskins trading for Alex Smith, the Kirk Cousins Era in Washington is over. Despite NFL free agency not set to start for several weeks, Colin Cowherd claims that the Denver Broncos and quarterback Kirk Cousins are close to a deal.

"This is singularly sourced from somebody I trust … It’s necessarily breaking," Cowherd said on The Herd with Colin Cowherd today. "It’s broken, not breaking. Kirk Cousins very likely signs with Denver. And they are very close to a deal. It’s fractured news, it’s not breaking news because I don’t have it confirmed. Is that fair to do? I’m telling everyone right now, I’m working big J journalism here. So if you hear it, I don’t want any credit if I’m right I’m not one of these beat reporters who gets all in a tizzy. I don’t want the blame if I’m wrong. Somebody else I trust said 'Kirk Cousins and Denver, they are working on a deal.'"

RELATED: 6 teams that could sign Kirk Cousins (and the vegas odds)

Cousins has called Washington home for the past six seasons and played under the Redskins' franchise tag the last two years. Cousins has averaged 67% completion, 4,392 yards, 27 TDs, and 12 INTs the past three years. He has also been sneaky good with his legs, rushing for 13 touchdowns the last three years.

There's one major issue with Cowherd's claim: any discussion with Cousins would be tampering. Cousins will be a free agent, but is still under contract with the Redskins. Clubs are not permitted to have contact with players or their agents until March 12th, two days before the new league year. Les Shapiro, a Denver-based radio host, says a Broncos executive told him "it's news to us" about any Cousins and Broncos discussion.

The Broncos spent a first round pick on Paxton Lynch just two years ago, but he has not developed in the way Denver hoped. General manager John Elway has pulled the trigger on a quarterback in the past, adding Peyton Manning. The Broncos have $24.7 million in cap space in 2018, which is the 17th most in the NFL. They can clear out more by cutting players like CB Aqib Talib.

This is a developing story, so refresh the page for updates.