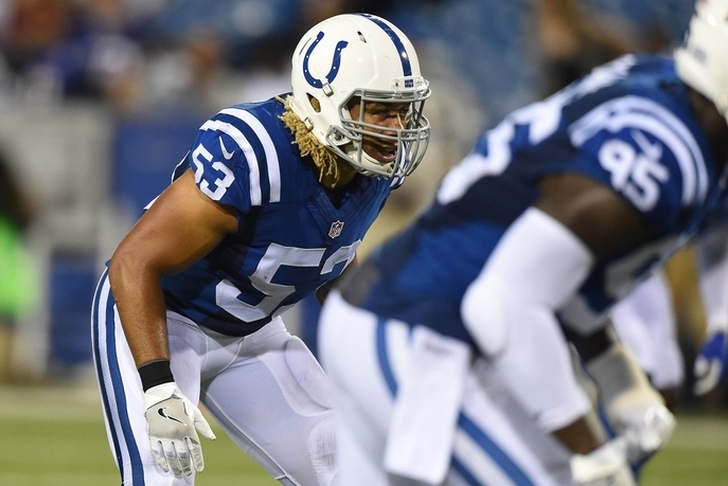 Indianapolis Colts linebacker Edwin Jackson has been killed by a suspected drunken driver. The Indy Star reports that Jackson and another man were killed when they were hit by a driver early Sunday morning.

Just before 4 a.m. Sunday morning, Jackson and 54-year-old Jeffrey Monroe were struck by a pickup truck while standing in the emergency shoulder on I-70. Jackson had pulled over after becoming ill. Police think Monroe was a ride-sharing driver who had come to pickup Jackson and was outside assisting him.

"One of the people struck was thrown into the center lane of I-70,"  Sgt. John Perrine said in a statement. "Shortly after the crash, and before any 911 calls were received, Trooper Ty Mays was driving through the area and noticed a vehicle in front of him make an evasive maneuver to the left."

37-year-old Alex Cabrera Gonsales was arrested by police after attempting to flee.

"It is believed Gonsales was intoxicated and was driving without a license," Perrine said in a statement. "He was transported to the Marion County Jail, the result of the test for intoxication is pending."

Jackson missed this year after suffering an injury and was placed on IR. In 2016, Jackson started eight games for Colts at ILB. He played in all 16, racking up 66 tackles. He went to Georgia Southern University and originally signed with the Arizona Cardinals after going undrafted in 2015. Jackson was 26.