College Basketball Rumors Roundup: The Latest From The FBI Investigation 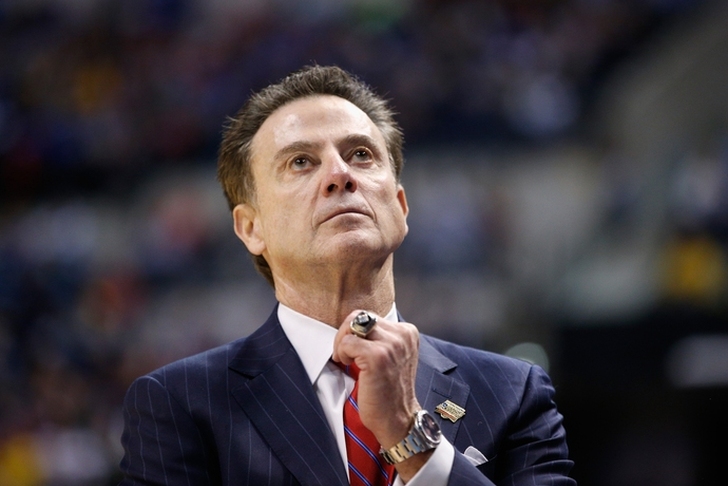 It has been two days since an FBI investigation indicted 10 people associated with college basketball on fraud and corruption charges, including four assistant coaches, financial advisers, managers, and shoe company representatives, but the fallout from the investigation - which is still ongoing - is just beginning. The Louisville Cardinals placed head coach Rick Pitino on unpaid administrative leave yesterday (they intend to fire him) after the school was indicted in the investigation, and many other programs and coaches could be involved.

Here's the latest that we know right now:

"Coach-2" in federal complaint is Rick Pitino
Pitino was placed on unpaid administrative leave because of the school's indictment by the FBI, which he said came as a "complete shock" to him in a statement. His attorney, Steve Pence, said that Pitino had planned to fight because there was "no evidence" that Pitino had done nothing wrong.

That is apparently not true.According to CBS' Dana Jacobsen, Pitino is "Coach-2" in the federal complaint.

A federal bribery investigation into men's college basketball may have cost hall of fame coach Rick Pitino his job: pic.twitter.com/0XaGaOvXCR

"Coach-2" played a role in funneling $100K to the family of a recruit, who has since been identified as 2017 five-star prospect Brian Bowen. Marty Blazer, the FBI's cooperating witness, said that he helped get the money to Bowen's family "at the request" of "Coach-2."

Adidas executive Jim Gatto, one of the 10 people who have already been arrested, "spoke directly with Coach-2 multiple times in the days before [Bowen] publicly committed" to the Cardinals, according to court documents.

All Coach 2 has to do is pick up a phone and call somebody at Adidas and the company would take care of it, complaint says pic.twitter.com/SyvdJTRrw6

Pitino was only placed on unpaid administrative leave because he has a clause in his contract that requires 10 days notice of being fired. Once that time is up, Louisville is expected to formally fire him.

A message from President Frenk regarding University of Miami Athletics pic.twitter.com/EbD7RbFC8s

While the school was not named in court documents, it's pretty clear that Miami is "University-7" with connections to "Coach-3" and recruit "Player-12." The documents state at Gatto was trying to move $150K to a top 2018 prospect with the help of an assistant coach from "University-7."

In a recorded call from mid-August between Gatto and Merl Code - an Adidas employee used to work for Nike and was also indicted by the FBI, the two discuss a $150K price tag for the commitment of "Player-12" and that "If [University-4]'s willing to pay" the $150K, Miami would lose him.

"University-4" is heavily suspected to be Arizona. Wildcats assistant coach Book Richardson was also one of the 10 people charged by the FBI. He has since been fired by the school.

Five-star small forward Nassir Little is the only top 2018 prospect who has listed both Arizona and Miami among his finalists.

The resignation of Kobie Baker from his position as associate athletics director at the University of Alabama came after an internal investigation indicated that Baker may have been involved in a scheme to accept money in return for directing a UA player to sign with an Atlanta financial advisor after declaring for the NBA draft, The Tuscaloosa News has learned.

According to the charges released yesterday by the United States Attorney Office in the Southern District of New York, [Atlanta-based financial advisor Rashan] Michel met with an unidentified “school administrator” who accepted a $5,000 payment and arranged an August meeting with the “father of a highly regarded incoming freshman” from the Atlanta area, along with Michel and a cooperating federal witness listed as CW-1.

An additional $10,000 was allegedly given to Michel at that meeting, and was to be given to the staff member for his “influence” in steering the player.

Five-star freshman guard Collin Sexton is from the Atlanta area and could be the prospect involved.

More information about Alabama's potential involvement in illegal recruiting will be revealed after the FBI raided the EYBL headquarters.