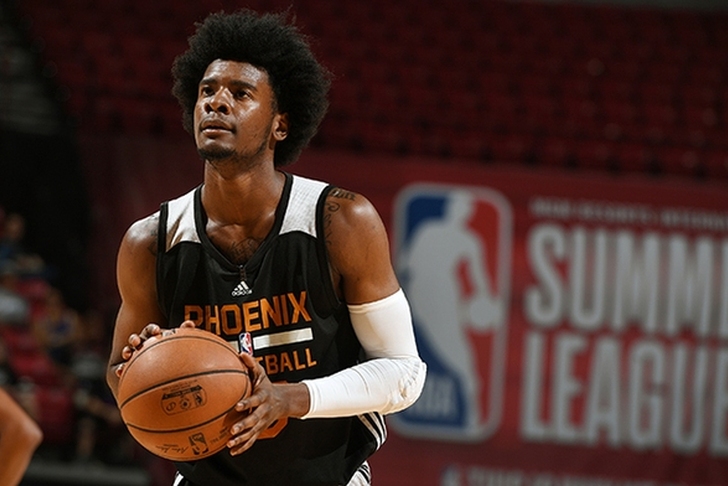 Three current NBA players have been linked to the sports agent that was charged in the FBI probe for funneling money to now-suspended Louisville freshman Brian Bowen in order to get him to commit to the Cardinals.

The agent, Christian Dawkins, was the director of the Dorian’s Pride AAU basketball program in Michigan in 2013 before becoming an agent with ASM in 2015.

Bowen had planned to play for the program under Dawkins, according to a 2013 blog post by Frank Burlison, but it's unclear if he every took the court for Dorian's Pride.

RELATED: Adidas was trying to steer nation's top recruit to Kansas, per sources

Jackson moved to 1Nation in California later in his high school career but received offers from Kansas, Oregon, Florida State, Memphis, Ohio State and Texas A&M while playing for Dorian's Pride, according to Dawkins in 2013.

Johnson committed to the Cardinals while playing for Dorian's Pride under Dawkins. He was not cited in the criminal complaints, but there was an additional link in court documents between Dawkins and members of the Louisville coaching staff.

Dawkins was named as one of the men who funneled money from Adidas to Louisville recruits. He was also caught on tape talking about plans to send money to a recruit (Bowen) in order to get him to Louisville. Payments of $250,000 to three different high school players were arranged by Dawkins and three others.

Dawkins was indicted on four counts of wire fraud and was released on a $100,000 unsecured bond.

He was fired by ASM in May for racking up $42K in unauthorized charges on an unidentified NBA player's credit card.