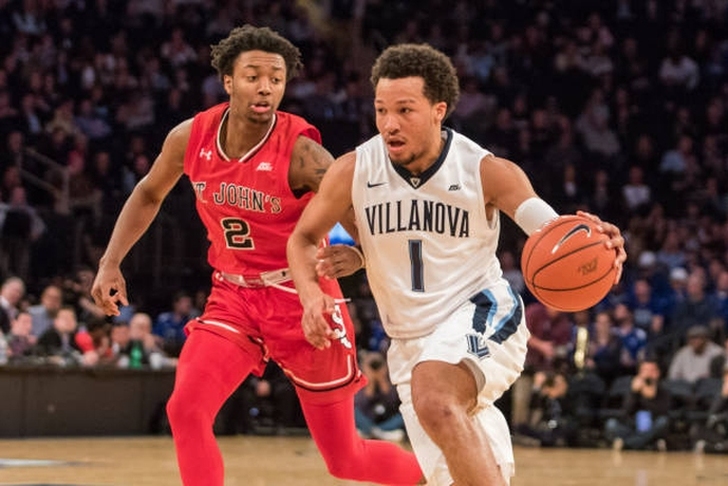 The college basketball season is hitting the home stretch with March fast approaching, and as such, there are plenty of questions facing a number of teams around the country as the postseason approaches. We're posting these every Wednesday throughout the course of the season to try and help answer those questions. Hit me up on Twitter or Facebook if you want to join the conversation! Now, let's get into it:

Should UL self impose in '19/'20 to get sactions behind them. Feels like it would be easier to attract a coach that way... know what they're getting into instead of pure speculation

If you missed it yesterday, Louisville had to vacate all of their wins from 2011-2015 - including their 2012 Final Four appearance and 2013 National Championship - after the NCAA denied their appeal of the penalties handed down as a result of the recruiting scandal involving sex parties. This punishment is unrelated the FBI investigation, which is why the idea of self-imposing sanctions was brought up.

I personally don't think they should. They self-imposed a postseason ban for the 2016 NCAA Tournament after these allegations came out but that didn't stop the NCAA from taking away their 2013 title. If I'm Louisville, I play it out until the NCAA tells me what to do.

Will WVU lose first round of NCAA tourney? They will be a ten loss team

They certainly can, it all depends on the matchup. West Virginia is one of the best defensive teams in the country but struggles offensively, particularly in the half court, and they tend to get into offensive ruts in the second half of games - causing them to blow a number of leads. If they face a quality offensive team with good guards who can handle their pressure, they could very well lose in the opening round.

2 DarkHorse Sweet 16 teams this year non-top 25 teams.(Based on current records) - stuuu (@sturrrt)
In terms of unranked teams that could make a run, I'd point to Alabama and New Mexico State.

Alabama has the pure talent to beat any team in the country, yet have been incredibly inconsistent this year, which is why they're only 17-10 on the year. However, that talent (and a dominant point guard in Collin Sexton) certainly gives them Sweet 16 potential.

As for New Mexico State, they're in first place in the WAC and should earn the conference's automatic bid. They have one of the best defenses in the country (12th in AdjD) and return three of their top five contributors from last year's NCAA Tournament team. The Aggies beat Miami and nearly beat USC at the Diamond Head Classic in December, so they've shown they can play with quality competition. They're a real dark horse.

College Hoops Power Rankings: No Team Is Safe As Regular Season Winds Down

What are the biggest limitations to Jalen Brunson being a pro? (personally like his game more than Trae) - stuuu (@sturrrt)
Brunson's game is incredibly smooth and I think he could end up being a late first-round pick. However, from a pro perspective, he's not an explosive athlete, which is why he's not a top prospect. He's so skilled that I think he'll be an extremely productive pro as a quality backup for a playoff team.

How highly do you rank Michael Porter Jr. and why is hardly anyone talking about him? He has the highest ceiling in this draft to me

The reason why people aren't really talking about Porter right now is that he has been hurt all season. As long as he passes all of his physicals and is completely healthy, he'll be a top-five pick. Health is just his biggest concern.

I don't think Smith has a real chance of getting drafted - he'll try to catch on somewhere in Summer League. For Evans, his scoring ability and defense could make him a second-round pick. I don't think he'll go in the first round due to his limited athleticism and inconsistent shooting. However, if Texas Tech goes on a long run through the NCAA Tournament, his stock could significantly rise.

@brauf33 will Holliday go in tge first round

Holiday, one of the frontrunners for Pac-12 Player of the Year at UCLA, will likely go somewhere late in the first round in my opinion. He doesn't have great size at 6-foot-1, but he's an incredibly smart, strong player with underrated athleticism and has demonstrated great three-point shooting ability (42.6 three-point percentage) and vision (5.7 apg).

Do u think shamorie Ponds goes pro or returns to school? Could be an all American next year

I'd point you in the direction of Zach Braziller of the New York Post, who wrote a great article discussing this topic yesterday. I'll be shocked if Ponds doesn't at least test the waters, but ultimately, I see him returning to school.

Let’s take a look to next year - Virginia Tech will have a lot of experience back - early for me to ask, for sure - but I don’t think any players are going pro - how you feel about the Hokies chances next year in the ACC? It might be the most experienced roster in the ACC.

Duke will start next season as the favorite in the ACC and both Virginia and North Carolina will be right there as well. After that, I think you're looking at Virginia Tech. They only have one senior really in the rotation (Justin Bibbs) and, with all of that experience back, will be a preseason top 25 team next year - barring anything unforeseen in the offseason, of course.