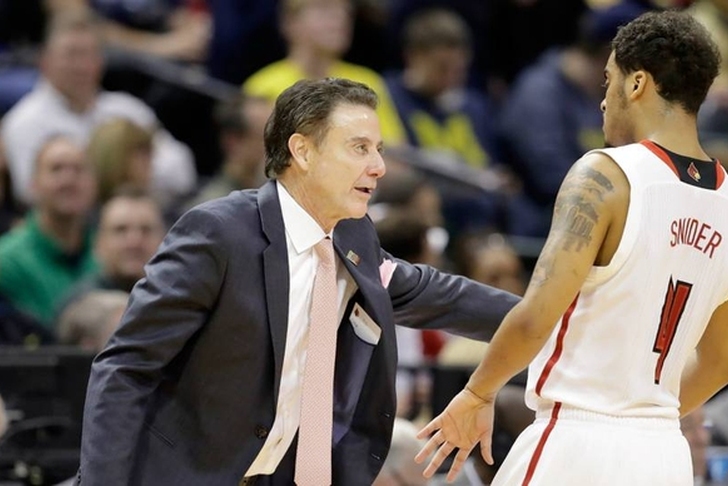 The NCAA has closed investigation into the Louisville basketball program, which stemmed from allegations that former staff member Andre McGee paid someone to bring women and prostitutes to entertain players and recruits from 2010-14.

The NCAA announced on their website that Louisville will vacate all wins in the 2010-14 period in which ineligible players competed and suspended head coach Rick Pitino for the first five ACC games of the upcoming season, among other punishments.

A former Louisville director of basketball operations acted unethically when he committed serious violations by arranging striptease dances and sex acts for prospects, student-athletes and others, and did not cooperate with the investigation, according to a Division I Committee on Infractions panel. The head men’s basketball coach violated NCAA head coach responsibility rules when he did not monitor the activities of his former operations director.

Penalties prescribed by the panel include four years of probation for the university; a suspension from the first five Atlantic Coast Conference games of the 2017-18 season for the head coach; a 10-year show-cause order for the former operations director; a one-year show-cause order for a former program assistant; a vacation of basketball records in which student-athletes competed while ineligible from December 2010 and July 2014; men’s basketball scholarship reductions and recruiting restrictions; a fine of $5,000, plus the university must return money received through conference revenue sharing for its appearances in the 2012 to 2015 NCAA Division I Men’s Basketball Championships. The panel also accepted the university’s self-imposed 2015-16 postseason ban.

Louisville will also be placed on probation from now until June 14, 2021.

The Cardinals won the national championship in 2013, and it remains to be seen if they will be forced to vacate that title since it falls in the four-year period in which they have to vacate some wins.

However, the NCAA accepted Louisville's self-imposed postseason ban, which helps the Cardinals avoid the negative impact in recruiting that comes with another postseason ban.

Both Pitino and the school plan to appeal the NCAA's ruling.

McGee re-signed as an assistant coach at UMKC in November 2015 after news of the investigation broke, and he has been out of coaching since. His 10-year show-cause penalty means that he will not be able to resume his coaching career until June 2027.

Follow our Louisville Cardinals news page for all the latest Louisville basketball news!