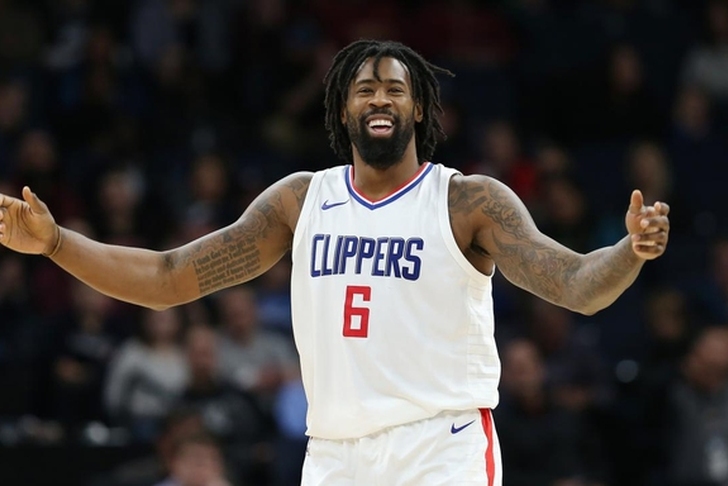 The NBA Trade Deadline is at 3:00 p.m. ET today, meaning that there are only hours remaining for teams trying to add a significant piece to their roster for a playoff push - or to unload a player for future assets. There have already been a few deals over the past couple of weeks (namely the Blake Griffin trade), but there is expected to be a flurry of moves today before the deadline. Here are the latest trade rumors you need to know:

Spurs, Clippers working on Avery Bradley trade
The Los Angeles Clippers have been trying to flip Avery Bradley, who they acquired in the Blake Griffin trade, for a first-round pick, and they are working with the San Antonio Spurs on a possible deal, according to Marc Stein of the New York Times.

Danny Green and a first-round pick for Avery Bradley is one potential trade construction that the Spurs and Clippers have discussed, league sources say

For a deal to go down ... it would ultimately hinge on San Antonio's willingness to part with a first-round pick. They'd naturally rather not

Bradley is averaging 14.8 points and 2.4 rebounds per game this season.

NEXT READ: 5 Trades That Could Happen Today Before The NBA Trade Deadline

The Clippers and Cavaliers continue to discuss the possibility of a trade centered on DeAndre Jordan, including conversations with potential third teams to help create a pathway to a deal, league sources tell ESPN.

The Milwaukee Bucks are also known to be interested in Jordan, but Cleveland appears to be the team most aggressive in pursuing a deal at this time.

Jordan is averaging 11.5 points and 14.9 rebounds per game this season.

Lakers turning down offers for Julius Randle
The Los Angeles Lakers had been taking offers for forward Julius Randle since last year's trade deadline, and while he did not appear to be in the team's long-term plans, they have turned down several offers they received for him, according to Wojnarowski.

So far, the Lakers have turned down several teams offering second-round picks for Julius Randle, league sources tell ESPN. No one will offer a first with him headed into restricted free agency.

Randle is averaging 14.2 points and 7.4 rebounds per game this season.

Perry’s interest stems from the organization believing it needs to get more athletic, with Payton the type of quick penetrator who can open the game up.

Ntilikina, 19, has yet to show that knack as a rookie. According to the source, Perry still believes in the 6-foot-4 Payton as a potentially solid defender, though advanced metrics show he’s subpar.

The Knicks and Magic have engaged in preliminary talks about Payton. In a larger deal, the teams have discussed adding both Orlando shotblocker Bismack Biyombo and exiled Knicks big man Joakim Noah.

Payton, who the Magic are openly shopping, is averaging 13.0 points, 6.3 assists, and 4.0 rebounds per game this season.