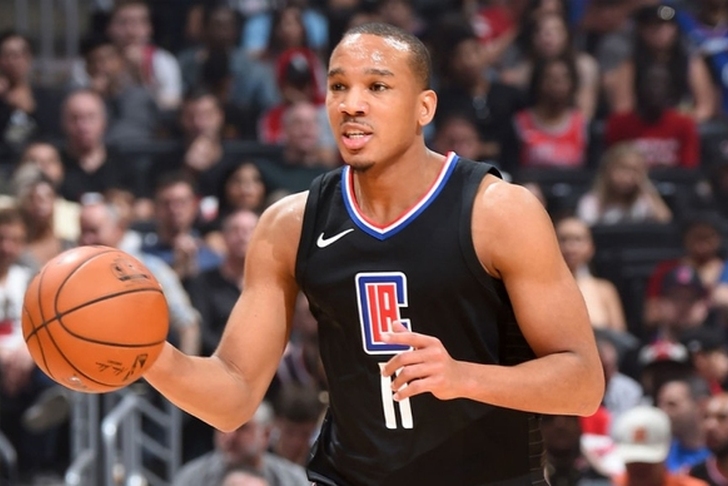 The NBA Trade Deadline is tomorrow, setting the stage for a flurry of moves coming in the next 24 hours. As such, we're seeing a number of teams - namely the Los Angeles Clippers and Oklahoma City Thunder - ramping up their efforts to get a deal done. Here's the latest on those teams and more in today's NBA Trade Rumors Roundup:

Lakers expected to land Marquese Chriss from Suns
The Los Angeles Lakers appear to have gone from potential sellers to possible buyers at the deadline as they have emerged as favorites to land Phoenix Suns forward Marquese Chriss, according to Steve Kyler of Basketball Insiders.

For what it’s worth, seems the Phoenix Suns are looking at deals involving Marquese Chriss. Several teams seem to be involved, with the Lakers being considered the Favorites.

Clippers still shopping DeAndre Jordan, Avery Bradley
The Clippers took Lou Williams off the trade block earlier today by giving him a three-year contract extension, but they still plan to move both DeAndre Jordan and Avery Bradley before the deadline, according to Shams Charania of Yahoo Sports

Los Angeles will now shift its focus toward fielding interest for center DeAndre Jordan and Avery Bradley. Williams held tremendous interest on the market, but he had outpriced himself out of potential offers of a late first-round pick or second-round selection.

Thunder going hard after Avery Bradley
Several teams are interested in acquiring Bradley, but the Thunder are the team pursuing him the hardest as a replacement for the injured Andre Roberson, according to The Ringer's Kevin O'Connor.

Avery Bradley’s name keeps popping up as a top target for the Thunder, according to multiple league sources, and the Clippers have made the guard available after acquiring him in the Blake Griffin blockbuster. Bradley’s defense regressed this season in Detroit, but he’s been an elite perimeter defender in the playoffs, and has been one of the few players who can bother Stephen Curry and Chris Paul, the two point guards in between the Thunder and a trip to the Finals. Bradley’s ability as a cutter and a spot-up shooter would also be a natural fit in OKC, either alongside their stars in the starting unit or in more of a featured role coming off screens with the reserves.

However, the Thunder have limited assets they'd be willing to give up for him. They are intent on holding onto 2017 first-round pick Terrance Ferguson and, due to trade rules, their 2022 first-round pick is the earliest first-rounder they can include in a deal.

If a deal does get done, sharpshooter Alex Abrines figures to be at the center of it. He is averaging 4.7 points per game this season while shooting 38.4 percent from three-point range.