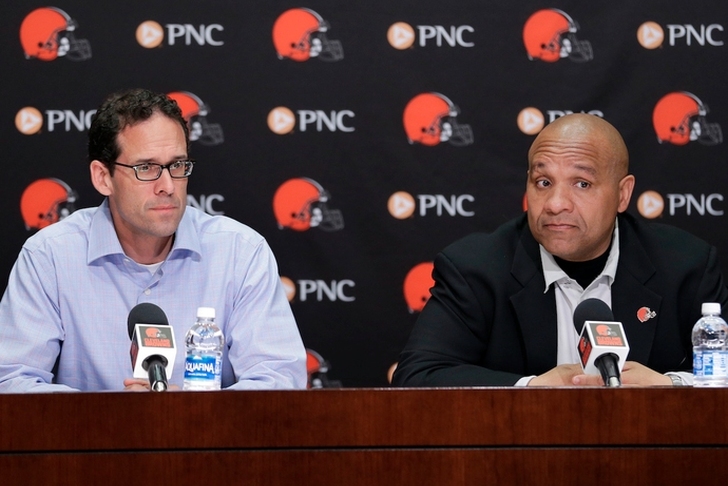 Text from NFL source: “Most active trade deadline ever.”

Kyle Shanahan on Jimmy Garoppolo: "I can't promise you that he will play this year."

2.) Seattle Seahawks
A big winner is the Seahawks because they are building the weakest part of their team around their most important player. Duane could easily be the best tackle Russell Wilson has ever had in his career. Now Wilson will have someone protecting his blind side and perhaps this means Wilson will have more time to throw? The Seahawks know Wilson is their franchise so protecting him is obviously important.

3.) Philadelphia Eagles
Maybe the most active team the last few days in terms of talking to other teams. The big move the Eagles made was signing running back Jay Ajayi four a fourth-round pick. Ajayi has the talent but it was hidden in Miami due to the horrible offense. The Eagles have the best record in the NFL and are ranked number in Chat Sports Power Rankings. Ajayi now gives this team more depth at a position where they lack talent and with Ajayi on the field, it will be harder for defenses to know exactly what play type the Eagles will go with.

1.) Cleveland Browns
Shocker right? The Browns need a quarterback. Again shocker. The Browns had a chance to get Garoppolo and A.J. McCarren and failed. When I say failed, the Browns forgot to FInalize the Deal. Seriously how do you forget to finalize a deal? What a joke! Browns gonna Brown.

2.) Miami Dolphins
The Dolphins gave up their best offensive player for a fourth-round pick. Adam Gase himself said they are the worst offense in the league and now it's going to be even worse. Hard to picture an offense worse than the current Miami Dolphins. Even if they didn't want Ajayi anymore, I find it really hard to believe they couldn't get more than a fourth rounder for him.

3.) New England Patriots
The Patriots are in win-now mode and the fact that they didn't try and get anything for Garoppolo to help them win a Super Bowl this season blows my mind. Not only did they not get anything for him this season but only a second round pick? Weren't they asking for something like three first-rounders during the NFL draft? They basically just sold their back up quarterback for pennies on the dollar.