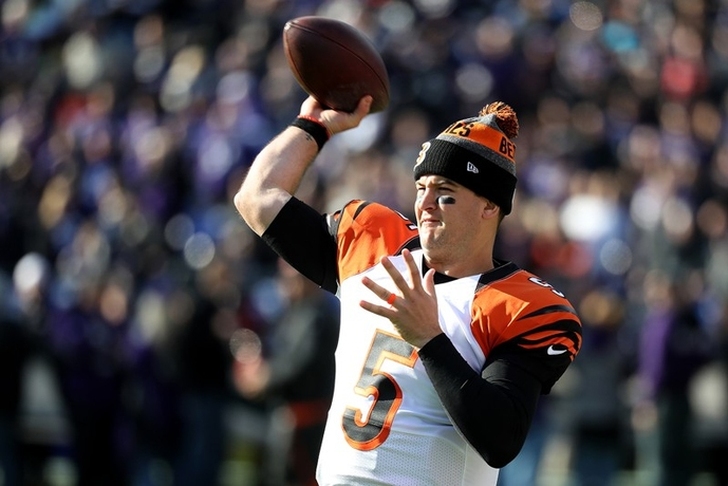 The Cleveland Browns were "close" to acquiring quarterback AJ McCarron from the Bengals before the trade deadline but never finalized the deal, according to ESPN's Adam Schefter.

Bengals and Browns tried, but failed, to complete trade for QB AJ McCarron before deadline, per sources. Deal was “close”; not finalized.

Bengals and Browns actually agreed to AJ McCarron trade at 3:55 pm, per source involved. Bengals approved trade to NFL, Browns did not.

Why did the deal not get finalized? Well, according to ESPN Cleveland's Tony Grossi, the Browns were celebrating the trade - and forgot to call in to finalize the deal.

Grossi says that apparently the Browns were celebrating their trade and forgot to call in the deal before the deadline...

Me: Why didn't this deal get done??
Grossi: Somebody forgot to call it in

It's unknown what Cleveland has willing to offer for McCarron, but Cincinnati wanted at least a second-round pick when they shopped McCarron in the offseason.

The Browns have shown interest in trading for a quarterback for over a year. They first expressed slim interest in Colin Kaepernick in 2016 and then were linked several times to Jimmy Garoppolo. However, the Patriots traded Garoppolo to the San Francisco 49ers yesterday.

Browns head coach Hue Jackson was the offensive coordinator in Cincinnati during McCarron's first two seasons in the NFL and appears interested in working with him again. McCarron is set to be a free agent after the season.