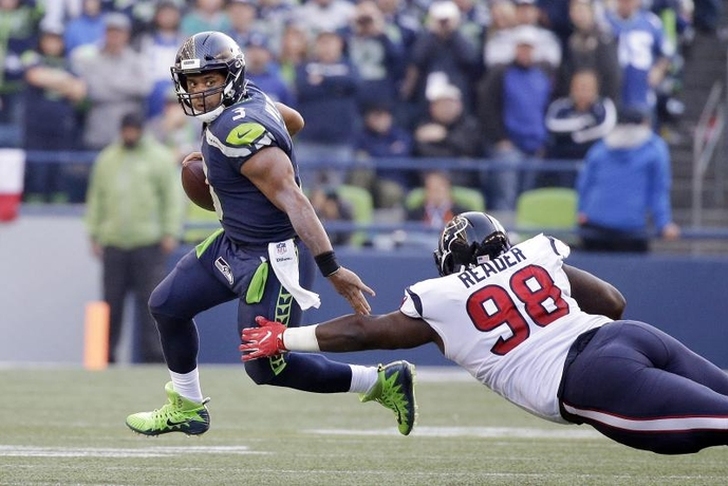 32.) Cleveland Browns (0-8)
Last Week: 32
Another double-digit loss for the Browns. The biggest loss of the week was the Browns failing to put through the paperwork in order to get Bengals quarterback A.J. McCarron. The worst sports franchise in all of professional sports.

31.) San Francisco 49ers (0-8)
Last Week: 31
A tough matchup against one of the best teams in the NFL, the Eagles led to a 22 point loss. However, the future is looking a little brighter now that they traded for quarterback Jimmy Garoppolo.

30.) Indianapolis Colts (2-6)
Last Week: 30
A team that was all over the rumor mill yet they didn't make any big-time moves. T.Y. Hilton is unhappy and the offensive line is one of the worst in the league. This team on both sides of the ball is hard to watch.

29.) NewYork Giants (1-6)
Last Week: 29
Good news for the Giants this week they didn't lose in, sure they were on a bye but maybe this team can come out of their bye a little healthier and ready to stop being so bad.

28.) New York Jets (3-5)
Last Week: 26
The Jets lost a close one to the Falcons but again the Jets remain competitive. Josh McCown has actually been impressive this year and the Jets will continue to surprise people this season.

27.) Tampa Bay Buccaneers (2-5)
Last Week: 27
Am I the only one that is tired of Jameis Winston not getting the finger pointed at him? Yea, the defense is really bad but Winston is in his third year and has yet to show that he will ever be a dependable quarterback.

26.) Arizona Cardinals (3-4)
Last Week: 28
Luckily this week we will get to see the Drew Stanton show. A bad movie that for some reason we continue to watch. Now with the news that David Johnson is unlikely to return this team season is over.

25.) Chicago Bears (3-5)
Last Week: 23
The Bears defense may be one of the most underrated units in all of football. Holding the Saints at home to only 20 points is impressive. The offense continues to struggle but the future isn't as dark or the Bears as I thought.

24.) Cincinnati Bengals (3-4)
Last Week: 25
The Bengals barely beat the Colts and probably should have lost this game. Andy Dalton can't deal with pressure whether it's a big game or literally facing the blitz. This offensive line doesn't give him time and he has happy feet right now which is a bad combination.

23.) Miami Dolphins (4-3)
Last Week: 16
The worst offense in football and then you trade away your starting running back. This may be the worst 4-3 win team in NFL history.

22.) Oakland Raiders (3-5)
Last Week: 20
The Raiders one week look great and then the next get embarrassed by the Bills. Derek Carr can't play in the cold, it's a trend we need to look at closer and the Raiders defense is so hard to watch.

21.) Green Bay Packers (4-3)
Last Week: 22
A much-needed bye for the Packers to get healthy and prepare for life without Aaron Rodgers.

20.) Los Angeles Chargers (3-5)
Last Week: 21
The Chargers defense actually played pretty well this week against the Patriots but the offense didn't show up. The Patriots have been playing better on defense but the Chargers passing game needs to get it together because Melvin Gordon is carrying this team.

19.) Detroit Lions (3-4)
Last Week: 18
Four straight losses for the Lions. The defense I thought played well minus one big play from the Steelers. But not scoring touchdowns is never going to help you win games.

18.) Baltimore Ravens (4-4)
Last Week: 24
The Ravens straight up embarrassed the Dolphins on Thursday Night Football winning 40-0. The Ravens defense is for real bu the offense is the Achilles heel of this team. Now that Flacco may be out things aren't looking better for the Ravens on the offense side of the ball.

17.) Denver Broncos (3-4)
Last Week: 17
The Broncos benched Trevor Siemian and Brock Osweiler will be the starter. Not sure if this is better or worse. When Brock Osweiler was a starter on the team in 2015 he did go 5-2. Losing four of their last five games, the Broncos need to turn this season around.