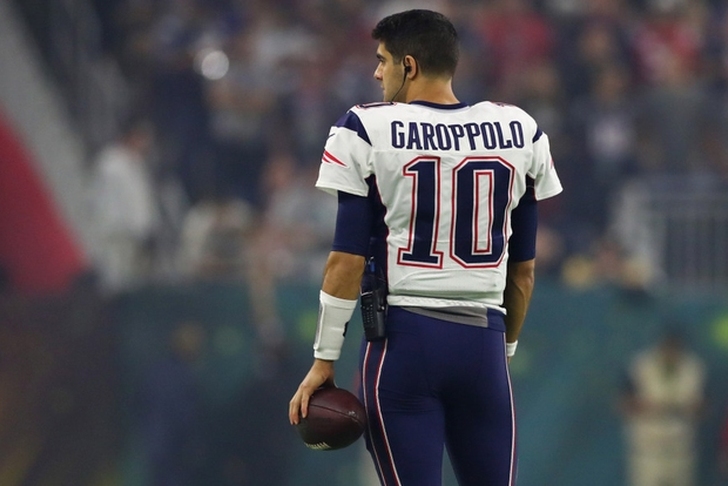 In a stunning move, the New England Patriots have traded backup quarterback Jimmy Garoppolo to the San Francisco 49ers for a second-round pick, according to ESPN's Adam Schefter.

New England drafted Garoppolo in the second round of the 2014 draft with the hope that he would eventually replace Tom Brady as the team's starting quarterback whenever Brady retired. However, this move indicates that the Patriots believe in Brady's assertion that he can play well into his 40s.

The Patriots also traded third-string quarterback Jacoby Brissett to the Colts prior to the start of the season.

San Francisco, one of two winless teams in the NFL, was expected to select a quarterback at the top of the draft with their first-round pick. Acquiring Garoppolo now gives him an eight-game audition to keep the 49ers starting job past this season.

The 49ers did have an extra second-round pick in the 2018 draft thanks to a trade with the Saints. In order to create room on the roster, they are releasing quarterback Brian Hoyer, who started the first six games of the season before being benched for rookie C.J. Beathard.

Follow our New England Patriots team page for all the latest Patriots news!