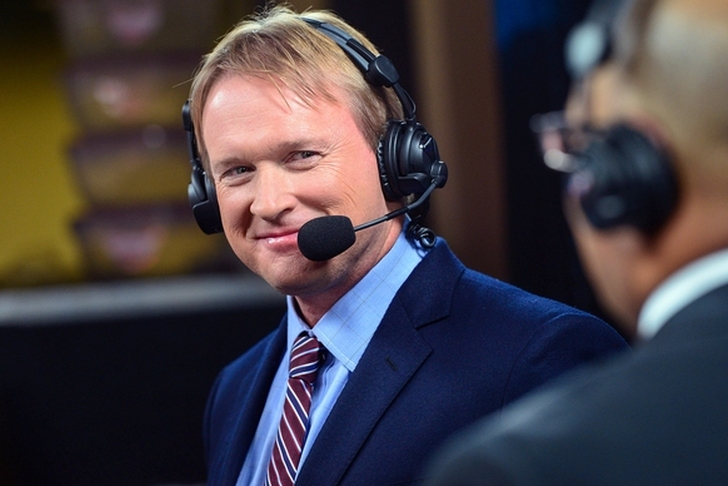 The NFL regular season is over after a Sunday jam-packed with 16 games. The Monday after the regular season ends is known as "Black Monday" and several coaches have already been given the ax with the Detroit Lions firing head coach Jim Caldwell and the Chicago Bears parting with John Fox after both Jack Del Rio and Chuck Pagano were fired yesterday by the Oakland Raiders and Indianapolis Colts, respectively. Elsewhere, Arizona Cardinals head coach Bruce Arians is retiring, creating another opening, while the Denver Broncos have decided to retain head coach Vance Joseph.

Still, despite all of that movement, there are several other off-field happenings around the league. Here are the latest news & rumors you need to know:

Oakland's offer to Gruden is expected to include an ownership stake in the team, and the Raiders are confident he'll take the job. However, he is staying with ESPN to call the Kansas City Chiefs vs. Tennessee Titans playoff game on Saturday.

Texans GM Rick Smith to take year off
Houston Texans general manager Rick Smith is taking a leave of absence to care for his wife as he goes through breast cancer treatments, and he is planning to miss the entire year. As such, he said he's fine if owner Bob McNair hires another GM.

Smith is also the team's executive vice president and is under contract through the 2020 season.