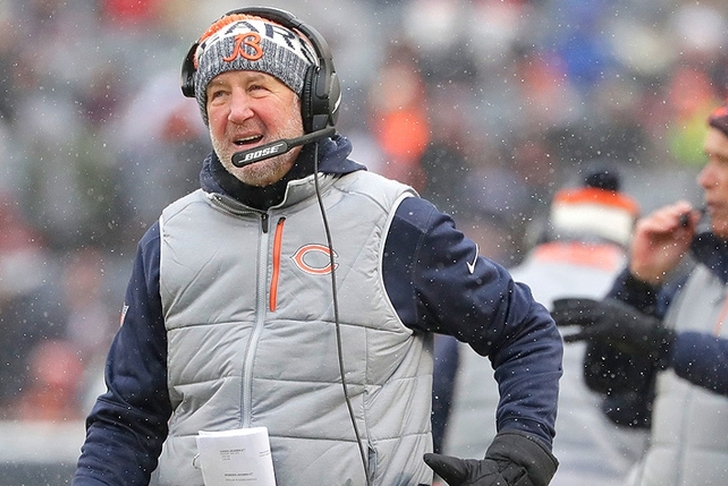 Chicago has put an end to all of the Bears coaching rumors that have been swirling around their team by firing head coach John Fox after their Week 17 loss to the Minnesota Vikings, according to ESPN's Adam Schefter.

Last season's 3-13 record last season put Fox firmly on the hot seat going into the season, and nothing Chicago did proved Fox worthy of another season. Rookie quarterback Mitchell Trubisky has looked terrible since he took the field, and that's a gamble that could cost Fox his job.

It doesn't feel like any part of this team has a bright future, which Fox can be blamed for. Remember, they were 8-8 the season before he took over, and they're 14-34 since.

The move will end Fox's tenure after three years, all of which resulted in last-place finishes in the NFC North. With Fox gone, the Bears will look to find a head coach who can help develop Trubisky into a true franchise quarterback.

Chicago's search will be led by general manager Ryan Pace, who hired Fox in the first place. Expect Pace to target an offensive-minded coach to help Trubisky. If that's the case, the Bears could attempt to keep defensive coordinator Vic Fangio (whose contract is up) on the staff. Fangio might get a courtesy head coach interview, but he's likely not a serious candidate.