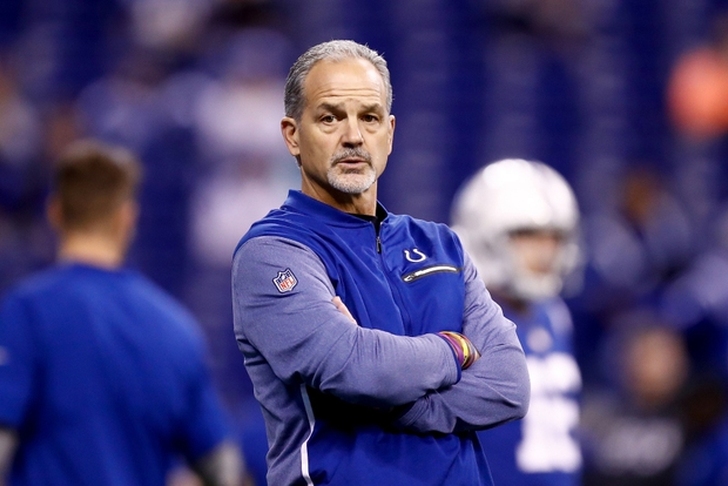 The Indianapolis Colts have put an end to all the Colts coaching rumors that have run rampant all season by firing head coach Chuck Pagano shortly after their Week 17 game against the Houston Texans, according to NFL Network's Ian Rapoport.

Pagano has posted a 53-43 record with the Colts, including three straight 11-5 years to start his tenure. But his last three years have not gone well with two 8-8 campaigns and now a 4-12 mark this season without star quarterback Andrew Luck.

Owner Jim Irsay has flirted with firing Pagano in the past, but it was only a matter of time until it happened this year. Pagano has been known as a "lame duck" coach after Irsay reportedly chased Jon Gruden this past offseason, and the Colts were plotting to replace him a few weeks into the season.

General manager Chris Ballard will get to make his first hire and the Colts' job is one of the more attractive ones out there.