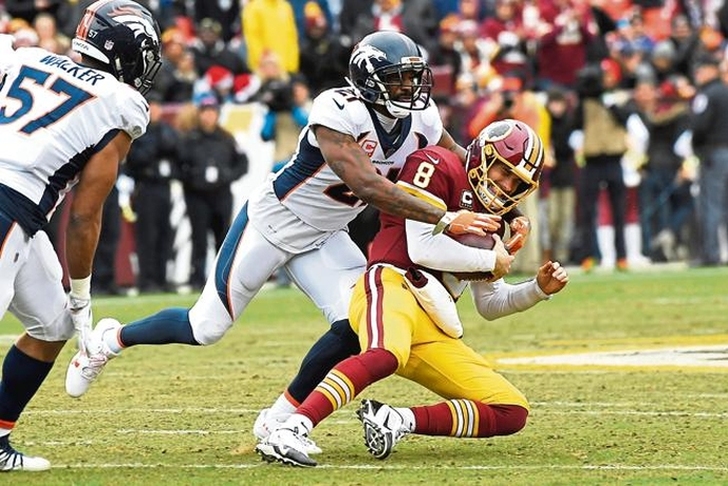 The 2018 NFL Draft is just over a month away and the new league year starts next week, creating plenty of hype and excitement around the league. Several big-name veterans - namely Kirk Cousins - will be available in free agency, which should lead to a frenzy of moves in the coming days. The Seattle Seahawks got things started yesterday by informing cornerback Richard Sherman that they plan to release him and trading defensive lineman Michael Bennett to the Philadelphia Eagles. Here are the latest NFL news and rumors you need to know:

But as a cornerback who was named to the Pro Bowl each of his four seasons with the Broncos, Talib is communicating just enough resistance to have a say in where he is traded.

Denver has already had discussions about a deal with the San Francisco 49ers, but Talib would prefer to be traded to the New England Patriots, where he played from 2012-13.

The 32-year-old had 31 tackles with an interception and seven pass breakups last season.

Broncos, Vikings have backup plans if they can't sign Kirk Cousins
Both the Broncos and Minnesota Vikings are planning to pursue Kirk Cousins in free agency once the new league year starts, but both teams also have backup options if they're unable to land him, according to the MMQB’s Albert Breer.

The buzz is that the Broncos will be in heavy on Keenum if they strike out on Cousins. Same goes for the Vikings with (A.J.) McCarron. In both cases, the team kicked around the idea of trading for the quarterback in question over the last couple of years, so there’s history there. Which means each player may be compelled to slow-play his market, if Cousins takes his time.

Keenum served as Minnesota's starter for virtually every game this season and had a career year, passing for 3,547 yards with 22 touchdowns and seven interceptions.

Here's an interesting one: Former Panthers RB Jonathan Stewart is visiting the Seahawks today, source says. Seattle is looking at all options to get that ground game going.

Stewart, who was released by Carolina last week, rushed for 680 yards and six touchdowns on 198 carries in 2017. His 3.4 yards per carry average was the lowest of his 10-year career, all of which have been with the Panthers.