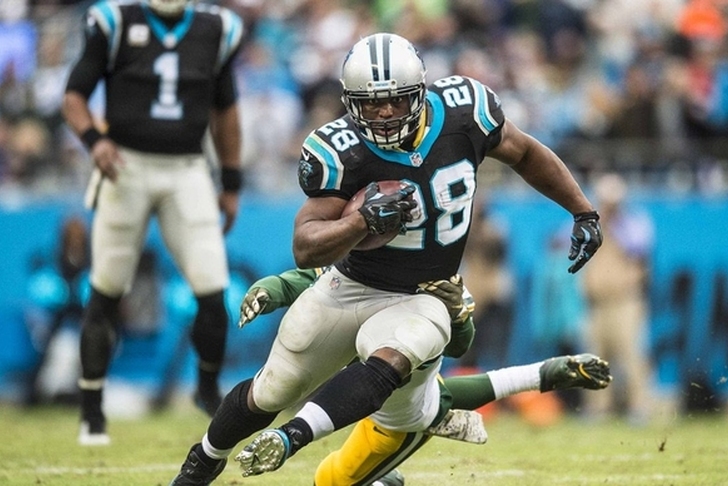 The Carolina Panthers have released veteran running back Jonathan Stewart, according to Jourdan Rodrigue of the Charlotte Observer.

Source: Running back Jonathan Stewart has been cut by the Carolina Panthers.

Stewart, who will turn 31 next month and hasn't played a full 16 games since 2011, saw his role decrease last season due to the presence of rookie Christian McCaffrey. The Panthers will save over $5.2 million by cutting him.

He rushed for 680 yards and six touchdowns on 198 carries in 2017. His 3.4 yards per carry average was the lowest of his 10-year career, all of which have been with the Panthers.