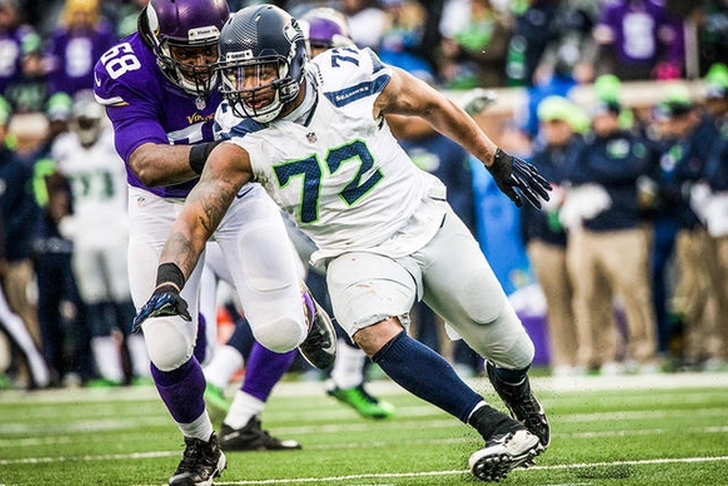 Michael Bennett is on the move. The Seattle Seahawks have traded Bennett to the Philadelphia Eagles, reports Adam Schefter.

The Eagles are sending a 5th round pick and WR Marcus Johnson to the Seahawks for Bennett and a seventh-round pick. The deal almost didn't happen, as Ian Rapoport reports an unnamed third team jumped in and nearly landed Bennett.

The Seahawks were shopping Bennett and they found a taker in the Eagles. The move to add Bennett means Vinny Curry's time is likely up. The Eagles will cut or trade Curry this offseason. Although he is aging and has dealt with injuries in the past, Bennett is coming off an 8.5 sack season.

Is Richard Sherman also on his way out?

Johnson, a speedster, didn't play much for the Eagles. He caught five passes for 45 yards this year and could be an insurance policy if Paul Richardson leaves Seattle in free agency.

The trade can't be made official until the new league year begins next week.