NFL Power Rankings Heading Into Week 14 - Where Do The Dallas Cowboys Rank? 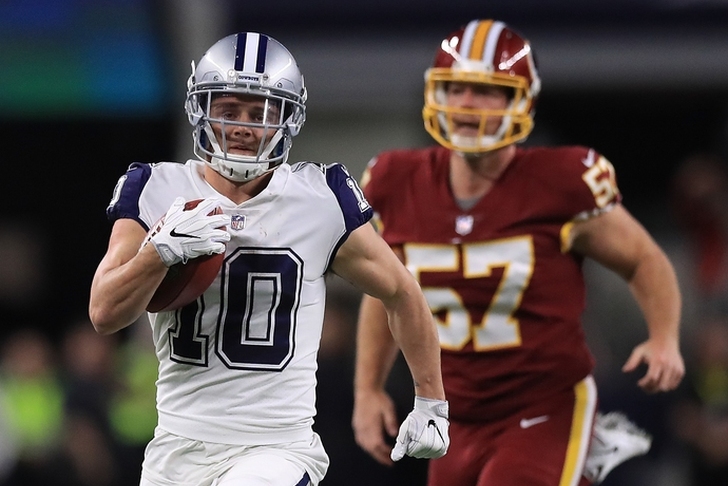 Week 13 started off with the Dallas Cowboys running all over the Washington Redskins at home, in a 38-14 blowout, which is leaving many people wondering where are the Cowboys ranked? Our methodology behind these rankings is based on which teams our experts think are the best teams in the NFL. If a team wins they aren't guaranteed to jump up the rankings just like if a team loses they aren't guaranteed to fall. Here's a rundown of the NFL Power Rankings heading into Week 14, as voted on by our Chat Sports NFL experts.

21.) Cincinnati Bengals (5-7)
Last Week: 21
The Bengals played well in the first half of the Monday Night game but forgot to show up in the second.

20.) Washington Redskins (5-7)
Last Week: 17
Alfred Morris had his revenge game against his old team as the Redskins gave up 38 points to the Cowboys on Thursday Night Football. Coming into the game, the Cowboys scored 22 points in their previous three games.

19.) Green Bay Packers (6-6)
Last Week: 20
The Packers keep their playoff/ Aaron Rodgers hopes alive with a win over the Buccaneers. They play the winless Browns in Week 14 and are expecting Rodgers back Week 15, if they are in playoff contention.

18.) Detroit Lions (6-6)
Last Week: 12
The Lions get beat up by the Ravens 44-20 in Baltimore, not only did they lose the game but quarterback Matthew Stafford is injured and questionable for Week 14.

17.) Buffalo Bills (6-6)
Last Week: 14
The Bills failed to score a touchdown against the Patriots which is obviously bad for Bills fans. What is even worse, is Nathan Peterman may be starting at quarterback in Week 14, since Tyrod Taylor is questionable with a knee injury.

16.) Oakland Raiders (6-6)
Last Week: 19
Raiders took care of the Giants at home despite not having their top two wide receivers due to health and suspension.

13.) Los Angeles Chargers (6-6)
Last Week: 13
They have now won six of their last eight games, making a three-way tie in the AFC West with the Raiders and Chiefs.

12.) Baltimore Ravens (7-5)
Last Week: 15
December Joe Flacco is here and the Ravens looked dominant in their Sunday win over the Lions.

11.) Atlanta Falcons (7-5)
Last Week: 11
The Vikings hold the Falcons without a touchdown and Julio Jones to just 24 receiving yards. That is normally a loss for the Falcons and it was this past Sunday dropping them out of the NFC playoff picture.