NFL Power Rankings Heading Into Week 14 - Are The Eagles Still The Best Team In The NFL? 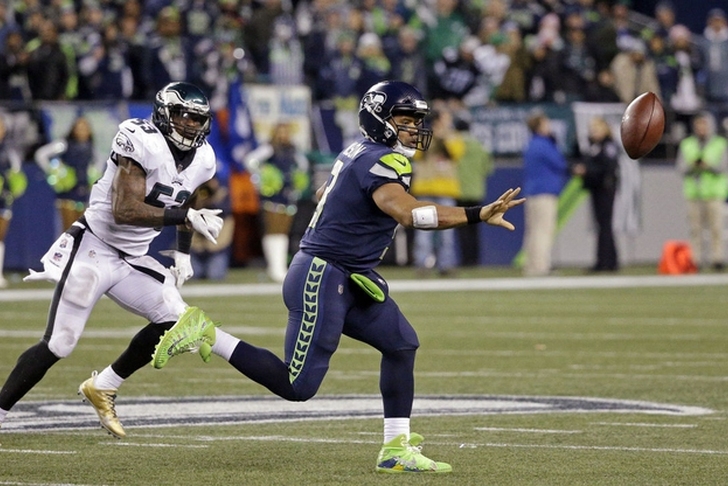 Probably the best game from this past Sunday was the Seattle Seahawks beating the Philadelphia Eagles 24-10. That game also had the biggest implications for the Week 14 Power Rankings and the NFC Playoff Picture. Our methodology behind these rankings is based on which teams our experts think are the best teams in the NFL. If a team wins they aren't guaranteed to jump up the rankings just like if a team loses they aren't guaranteed to fall. Here's a rundown of the NFL Power Rankings heading into Week 14, as voted on by our Chat Sports NFL experts.

10.) Tennessee Titans (8-4)
Last Week: 11
Even though the Titans did win 24-13 against the Texans, this team continues to struggle offensively with their passing game. DeMarco Murray ran the ball well averaging 6.6 yards per carry, but Derrick Henry was the running back who broke a long 75-yard touchdown run to seal the game in the fourth quarter.

9. Carolina Panthers (8-4)
Last Week: 7
Losing to the Saints by ten points at home isn't terrible considering how good they have been this season. What does hurt is now the Saints essentially have a two-game lead in the NFC South since they own the tiebreaker over the Panthers.

8.) Jacksonville Jaguars (8-4)
Last Week: 10
Blake Bortles continues to play well which is a good sign coming down the stretch of the season. The defense continues to be one of the best units in the NFL and is a major reason why they are in the AFC playoffs right now.

7.) Seattle Seahawks (8-4)
Last Week: 9
What a huge win for the Seahawks on Sunday Night Football beating the Philadelphia Eagles 24-10. Russell Wilson was spectacular and now has a legitimate argument for himself being the top MVP candidate.

6.) Los Angeles Rams (9-3)
Last Week: 5
The Rams were a far superior team, but winning on the road in a divisional game is never an easy task. They took care of business and will now have their first winning season in 14 years.

5.) New Orleans Saints (9-3)
Last Week: 6
They are continuing to march all over defenses with the best running back combination in the NFL right now. Alvin Kamara found the end zone twice, while Mark Ingram found it once and the play of these two running back is allowing Drew Brees to have the best competition percentage of his career.

4.) Pittsburgh Steelers (10-2)
Last Week: 4
Wasn't a pretty win, but good teams find a way to win when they aren't playing well. The Steelers didn't show up in the first half but made some second-half adjustments and came away with the win on Monday Night Football.

3.) Minnesota Vikings (10-2)
Last Week: 3
In this game Case Keenum stats were 25 of 30 for 227 yards and two touchdowns. He completed 18 passes in a row at one time and even though the offense only scored two touchdowns, the defense came up huge holding the Falcons to only nine points.

2.) Philadelphia Eagles (10-2)
Last Week: 1
The Eagles drop a spot in the power rankings after losing to the Seahawks 24-10. The drop is more due to how well the Patriots have been playing more than the loss by the Eagles. Wentz struggled in this game missing a few key passes to Nelson Agholor, which could have changed the game entirely.

1.) New England Patriots (10-2)
Last Week: 2
Patriots back at number one in the power rankings after winning eight straight games and not allowing more than 17 points in seven straight games. The fact, that Brady didn't throw a touchdown and the Patriots still won by 20 points, shows how well they are playing on both sides of the ball. When I think about a Patriots vs. Eagles matchup right now, the only scenario in my head is the Patriots coming out with a win, which is ultimately why they are number one heading into Week 14.