This Is The Current NFC Playoff Picture, and What Each Team Needs To Happen To Make It 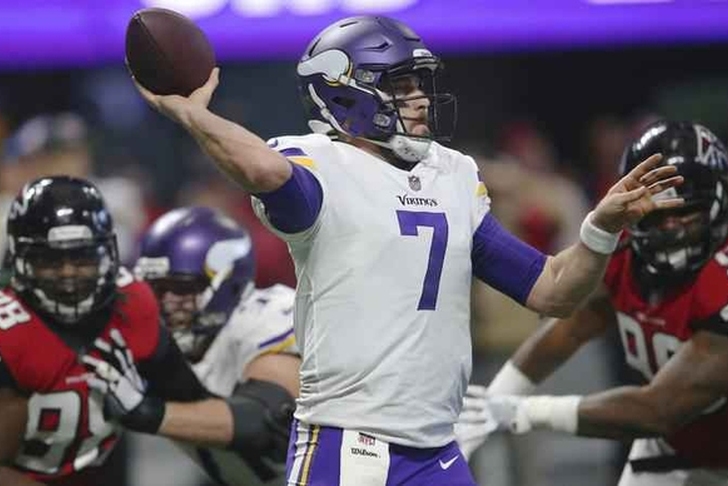 The NFL Season is coming to an end with only four regular-season games left.  Only six teams can make it in from the NFC but there are still 13 teams in total who still have a chance of making the playoffs. With a win on Sunday, the Eagles could have been the first team in the NFL to clinch a playoff spot but losing to the Seattle Seahawks drops them to 10-2. For some teams every week is a playoff game because one loss could be the difference between being in or on the outside looking in.

None of the teams have clinched a playoff seed yet, but if the playoffs were to end today, these six teams would make the NFC playoffs.

NFC Playoffs:
1.) Minnesota Vikings (10-2): 1st in NFC North, own the tiebreaker over the Eagles because of their strength of victory.
REMAINING OPPONENTS: at Panthers (8-4), vs. Bengals (5-6), at Packers (6-6), vs. Bears (3-9)
According to these postseason percentages, the Vikings have higher than a 99 percent chance of making the playoffs. The Vikings schedule isn't easy going forward with the Panthers this week and a Packers team who may have Aaron Rodgers in Week 16.

5.) Seattle Seahawks (8-4): Wild Card
REMAINING OPPONENTS: at Jaguars (8-4), vs. Rams (9-3), at Cowboys (6-6), vs. Cardinals (5-7)
The Seahawks huge win over the Eagles puts them into the playoffs picture and keeps their NFC West title hopes alive. The Seahawks play the Rams in Week 15 which may be the deciding factor in who wins the division.

6.) Carolina Panthers (8-4): Wild Card
REMAINING OPPONENTS: vs. Vikings (10-2), vs. Packers (6-6), vs. Buccaneers (4-8), at Falcons (7-5)
The Panthers' chances to win the NFC South took a hit with their disappointing performance against the Saints this Sunday.

These seven teams are still technically in the hunt for the playoffs and the percentages next to them are their chances of making the playoffs at this current moment.