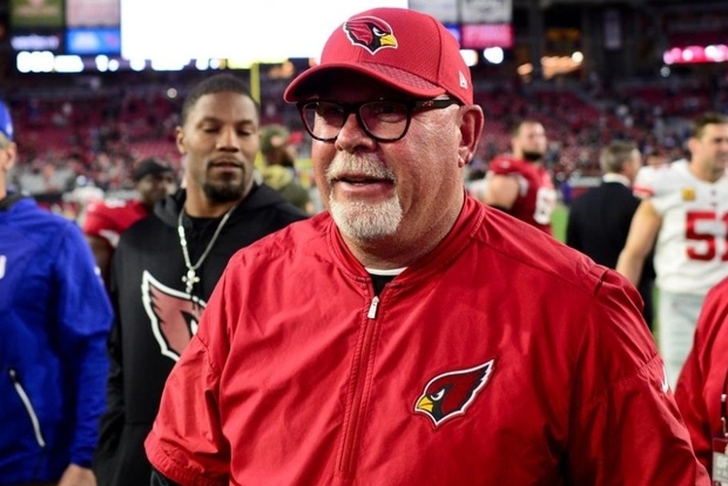 The NFL regular season is over after a Sunday jam-packed with 16 games. The Monday after the regular season ends is known as "Black Monday" because coaches often get fired. In fact, one coach has already been let go as the Detroit Lions fired head coach Jim Caldwell early this morning after four seasons after both Jack Del Rio and Chuck Pagano were fired yesterday by the Oakland Raiders and Indianapolis Colts, respectively. Who will be the next head coach to go?

Bruce Arians Retiring?
The Arizona Cardinals are likely in the market for a new head coach, as it appears Bruce Arians will elect to retire. Arians has done an impressive job in Arizona, despite a rash of injuries in recent years. But at age 65 and with a few recent health scares, Arians is reportedly stepping away from the game. With Arians possibly stepping away, this means more Cardinals coaching rumors.

Bill O'Brien and Todd Bowles were both top candidates for this job, but it appears likely they'll stick with their current teams.

Vance Joseph Out?
It appeared the Denver Broncos were set to search for their fourth head coach in five seasons. Vance Joseph, after just one year, was likely on the outs in Denver as Broncos struggled this year after a hot start, losing eight straight games.

There was buzz the Broncos were going to fire Joseph, but Mike Florio of NBC reports it appears John Elway has possibly changed his mind.

If Joseph is fired, Patriots offensive coordinator Josh McDaniels is the top candidate for almost every job this offseason, but the Broncos position is the only one that doesn't actually make sense. He can't go back to the Broncos after what happened the last time he was the head coach.

Dirk Koetter Staying?
Tampa Bay has tried to quell some of the Bucs coaching rumors that have emerged about head coach Dirk Koetter's future as they have struggled this season. The Bucs have said they plan to keep Koetter, but with a 5-11 record after entering the season with postseason expectations, they could re-evaluate that decision.

In his third year in the NFL, quarterback Jameis Winston hasn't made the big leap forward that the Bucs were hoping for and it may be because of his relationship with Koetter.