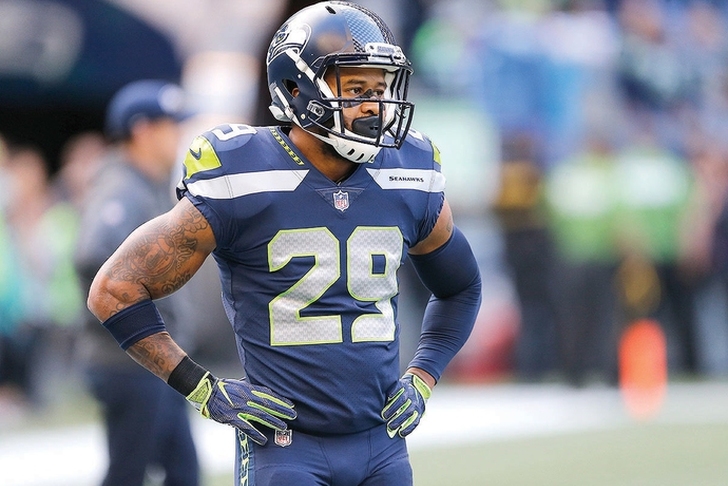 The Seattle Seahawks are reportedly willing to trade All-Pro safety Earl Thomas this season after informing cornerback Richard Sherman that they plan to release him and after trading defensive lineman Michael Bennett to the Philadelphia Eagles as they try to reshape and rebuild their defense. There's no doubt that every team in the league has at least some interest in acquiring Thomas, but who actually has the means and desire to get a deal done? Here are the 5 teams that are the most likely to trade for Thomas:

5) New England Patriots
This would be such a Patriots move, wouldn't it? New England is looking to upgrade their secondary this offseason but wants to do so in free agency rather than a trade - though they may make a deal with the Broncos for Aqib Talib. The Patriots know how much a player like Thomas is worth but may not be willing to give up the assets necessary to acquire him given some of their other needs.

4) Kansas City Chiefs
Could you imagine Earl Thomas and Eric Berry in the same secondary? Chiefs fans certainly can and the team needs more help alongside Berry on the back end of their defense. We've already seen their willingness to make trades by parting with Alex Smith and Marcus Peters this offseason and could flip some of the assets they got back in those deals to Seattle if they wanted to.

3) Cleveland Browns
If Thomas is simply looking to get paid, he'll end up in Cleveland. The Browns have well over $100 million in cap space and would trade for Thomas (they have plenty of assets) to sign him to a lucrative extension, hoping he could provide leadership and stability for their young team. Whether he would want to be in Cleveland is a huge potential hurdle to overcome but the Browns will at least explore their options on that front.

2) Houston Texans
Houston's defense was awful at times last season (though that was partly due to injury) and, with them feeling as if they're entering a championship window with J.J. Watt and Deshaun Watson, they could swing for the fences to make an impactful pickup such as this. Would they be willing to give up a first-round pick for the 2nd straight season? That remains to be seen.

1) Dallas Cowboys
Thomas created quite a stir towards the end of the season when vocalized his desire to play for Dallas whenever Seattle decided they wanted to part with him, and it's a solid match. Thomas grew up in Texas as a Cowboys fan, the team could certainly use him in the secondary, and Jerry Jones loves to make splashy deals such as this. Could a potential Dez Bryant-for-Earl Thomas swap happen?