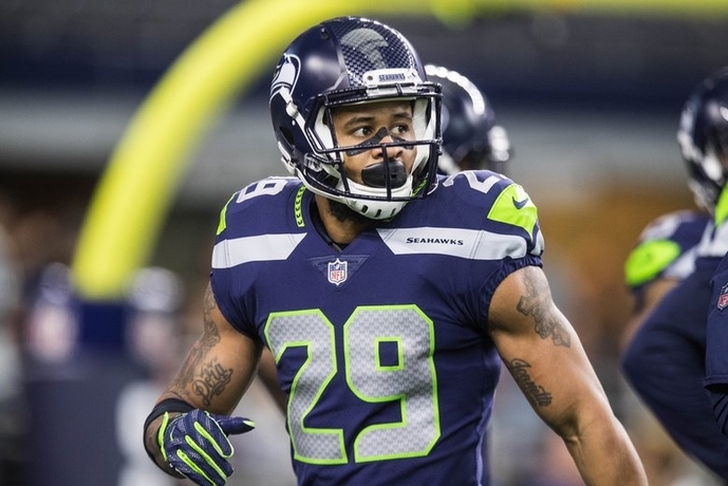 Seattle Seahawks safety Earl Thomas has caused a bit of a stir with his postgame actions following a win over the Dallas Cowboys. Thomas went to Cowboys head coach Jason Garrett and said to "if you have a chance to get me, come get me." Thomas confirmed that he did mean playing for the Cowboys in the future.

The videos of both moments are embedded below.

Earl Thomas runs to greet Jason Garrett, then as he walks into the COWBOYS lockerroom, he says, “If you have a chance to get me, come get me.” pic.twitter.com/N395wVU2Jz

Thomas is from Texas and played for the Texas Longhorns in college. So, playing for the Cowboys (his favorite team growing up) would be a homecoming for him.

While Thomas said he meant after his time with Seattle is over, it's strange to see go out of his way to tell Garrett. After all, the Seahawks did just win a must-win game to keep their playoff hopes alive.

Thomas has this year and next year left on his contract before he becomes a free agent at age 30. He's making $8.5 million next season.