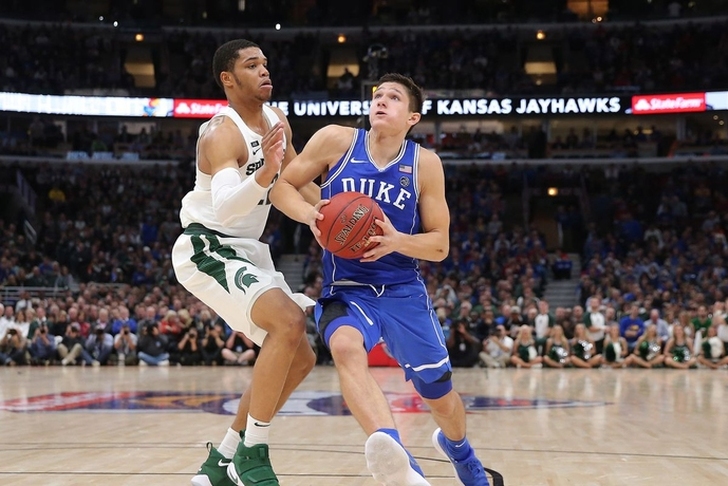 The First Four got the 2018 NCAA Tournament underway on Tuesday night with Radford knocking off LIU-Brooklyn and St. Bonaventure beating UCLA, but people around the country starting to fill out their brackets ahead of the first round tipping off on Thursday.

As such, it's time to take a look at which teams have the highest odds and are considered the favorites to win the national championship. For those of you betting on March Madness, here are the title odds for every team in the tournament, courtesy of BetNow.

RELATED: Here Are The Only 5 Teams With A Realistic Shot To Win The National Championship

RELATED: 5 High Seeds In The 2018 NCAA Tournament That Will NOT Win The National Championship

The usual suspects led the way this year with Virginia and Villanova - the top two teams in the country - having the best odds. However, these odds were released before UVA announced that De'Andre Hunter, the ACC's Sixth Man of the Year, will miss the tournament with a broken wrist.

Xavier is the one seed with the worst odds, trailing both North Carolina and Michigan within the West Region. Duke and Michigan State are the only non-one seeds in the top five, while Arizona clearly has the best odds of any team seeded fourth or lower.