While there are 68 teams in the NCAA Tournament, we know there are only a handful of teams that have a legitimate chance to win the national championship. In fact, no one other than a one, two or three seed has won the title in the last 21 years outside of UConn. Looking at those teams in this year's tournament, there are a few that aren't really considered title contenders.

As such, here are five teams that are widely viewed as title contenders that I don't think can realistically win a championship:

What Kansas did this season in the Big 12 was remarkable given the shortcomings of their roster. They lack depth and have only one reliable big man in Udoka Azubuike, who missed the entire Big 12 Tournament with an MCL sprain.

Those things are problematic, but the biggest question surrounding the Jayhawks is their defense. Azubuike is their only rim protector, and his presence is even more valuable when you consider KU's struggles defending the perimeter. Opponents are 38.4 percent of their points from deep and are rebounding nearly a third of their misses. Those are major holes that can be exposed by better teams as we get later in the tournament.

Don't get me wrong, the Jayhawks will still make a long run and it wouldn't surprise me if they made the Final Four, but these factors will keep them from winning another championship.

Speaking of perimeter defense, that has been UNC's biggest Achilles heel this year - it has played a big role in why they've lost 10 games. The Heels rank 325th in the country (out of 351 teams) in three-point defense as opponents get nearly 40 percent of their points from long range, which is the sixth most nationally.

Carolina's fairly recent switch to a small ball lineup (starting Cam Johnson and playing jack-of-all-trades Theo Pinson at the four) made them a potent offensive team and sparked their surge in February. However, that didn't fix their defensive problems - it simply masked them. Miami, Duke, and Virginia were able to take advantage of that over the last two weeks and teams will be able to do the same later in the tournament.

We know the drill with Cincinnati. They have the nation's best defense outside of Virginia but still face major question marks on the offensive end. They're 143rd in the country in scoring (75.0 points per game) and rank 146th in effective field goal percentage (51.7 percent).

The Bearcats do have some quality offensive players but no one who is capable of carrying the team against high-level competition. It's a problem that has kept Cincinnati from making an extended tournament run in the past and will likely do the same this year.

NEXT READ: 5 Tips For Filling Out Your NCAA Tournament Bracket 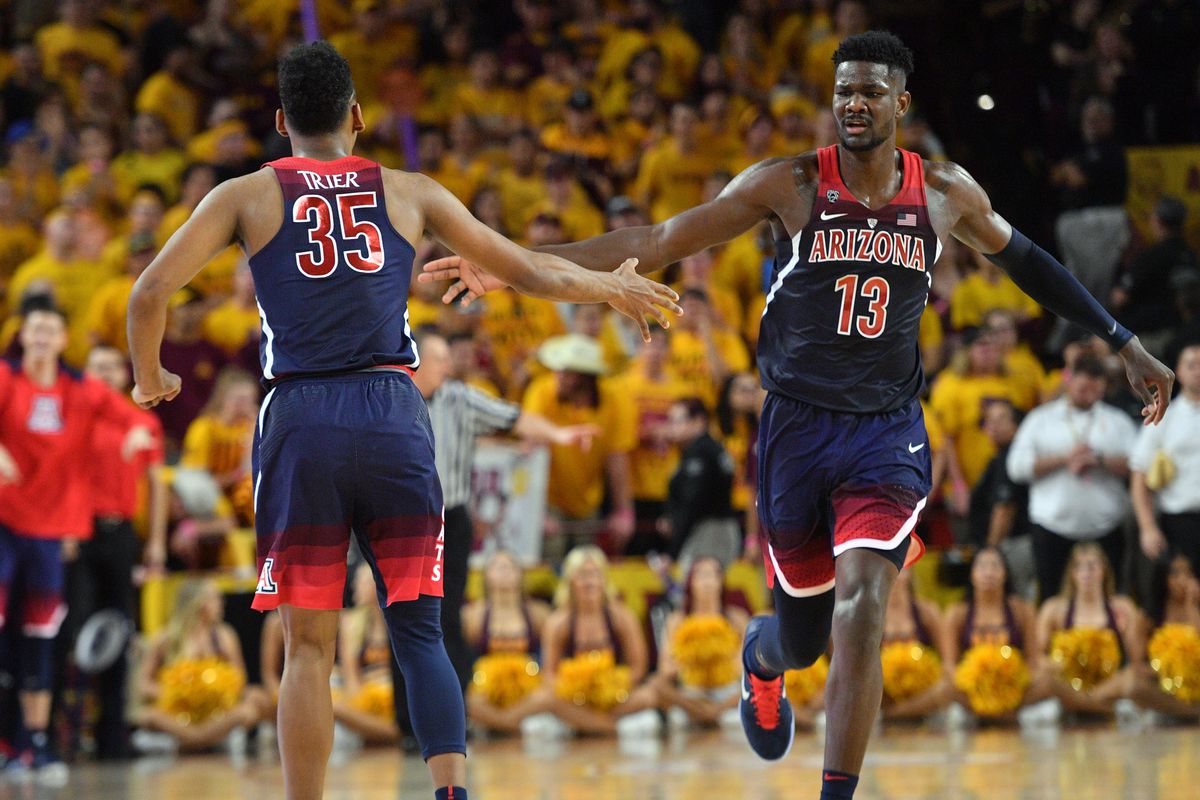 Arizona is the trendy pick to win the national championship for the second year in a row after winning the Pac-12 Tournament again, and there is a lot to like about the Wildcats. Deandre Ayton is the best player in the country, they have elite offensive (Allonzo Trier) and defensive (Rawle Alkins) players on the perimeter, and all of the drama surrounding Ayton and head coach Sean Miller only appear to have brought this team closer together.

That said, there are still some major red flags with this group. They're 70th in adjusted defensive efficiency - and no national champion has ranked lower than 39th in that category since the stat was first recorded in 2002. Furthermore, they're 181st in three-point defense and struggle with turnovers, giving it away on 17.6 percent of their possessions (123rd).

There's certainly no denying that Arizona has talent, but there's also no denying that they probably benefitted from playing in a weak Pac-12 that only sent three teams to the tournament.

It's incredible what Tennessee has accomplished this season. They were picked to finish near the bottom of the SEC in the preseason but wound up being the conference's co-champs with Auburn, solidifying their place as a top 15 team in the process. The Vols play with grit, toughness, physicality, and a determination that is easy to root for. However, they simply don't have enough firepower to make it to the sport's biggest stage.

Tennessee is the prime example of a group being greater than the sum of their parts and that should carry them to the second weekend, but they'll face teams there that will be able to overwhelm them with their talent.