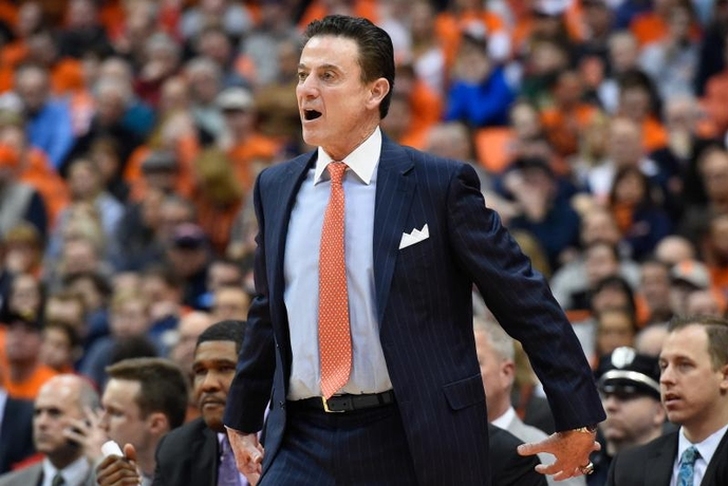 The Louisville Cardinals have fired head basketball coach Rick Pitino as a result of the FBI's indictment of the school in a corruption investigation, according to sources.

Pitino's lawyer, Steve Pence, said that the school placed him on administrative leave until the next athletes association board meeting. However, he and athletic director Tom Jurich will be fired at that meeting barring any major evidence that the FBI's findings are false.

Pitino has a clause in his contract that he can only be fired after receiving 10 days notice from the board.

The FBI found evidence that Louisville commit Brian Bowen, a five-star recruit in the 2017 class, received $100K that was funneled to him from an Adidas rep in order to get him to sign with the Cardinals. The alleged bribe took place on June 3 - the same day Bowen announced his commitment to Louisville.

The FBI also has a video recording involving a meeting with a coach that appears to be from Louisville discussing illegal aspects of the recruitment of a top player in the 2019 class.

The school will announce the moves at a press conference early this afternoon.

Louisville is already on probation from now until June 14, 2021 from a prostitution scandal in which former staff member Andre McGee paid to bring women and prostitutes to entertain players and recruits from 2010-14. It remains to be seen what further penalties the NCAA will place on the school.

Pitino was able to keep his job after that scandal by saying he wasn't aware of McGee's actions, though he was suspended for the first five ACC games of the upcoming season.

Jurich offered his support for Pitino then. However, another scandal of this magnitude was too much to keep the coaching legend on board.

Pitino issued the following statement on the FBI indictment, saying it came "as a complete shock."

Pitino finishes his 32-year collegiate coaching career with a 770-269 overall record, including a 416-141 mark in 16 years at Louisville. He is also the only coach in NCAA history to win a national championship at two different schools.