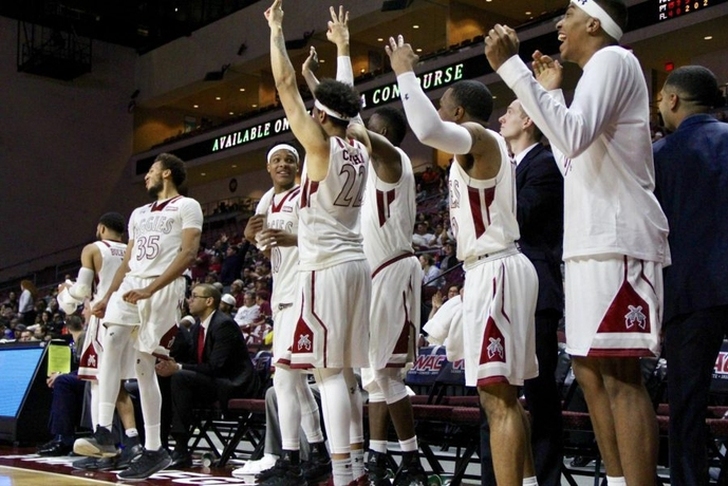 First-round upsets are commonplace in the NCAA Tournament, but true Cinderella runs are rare. That's why runs from teams like George Mason, Davidson, VCU, Butler, and FGCU are so memorable.

Without any real dominant team in the country this season, this tournament promises to be full of crazy upsets - setting the stage for one of those memorable runs. Which mid-major or lower-seeded teams have the best chance to make noise in the Big Dance? Here are the five most likely candidates:

The lone power-conference team on this list, NC State has a real chance to be a nine-seed that makes an extended run in the NCAA Tournament. They're inconsistent like any young team, but when they're at their best, we've seen them beat the likes of Arizona, Duke, and North Carolina.

Why? The Wolfpack are a deep team (nine players average at least 13.6 minutes per game) who play incredibly hard and incredibly fast on both ends of the court. Head coach Kevin Keatts got his start at the college level as an assistant under Rick Pitino at Louisville, and they play a similar style of pressure defense.

They're elite at defending the three, which should help them in a possible second-round matchup against Kansas and beyond, but it's their style of play that makes them a tough matchup. From one wolf pack to another, Nevada is a seven-seed that has legitimate Elite 8 potential. Caleb and Cody Martin, NC State transfers, give them two dynamic wing players and form a trio with Jordan Caroline that can hang with any three players in the country.

This group is special because of their offense. They're great from three, shooting nearly 40 percent from deep as a team, but also have a number of guys who are excellent at attacking the basket - which is why they're in the top 10 in the country in offensive efficiency.

Nevada has the talent advantage over Texas in the first round, and assuming they get by the Longhorns (who really struggle to score), they'll likely face two defense-first teams in Cincinnati and then Tennessee. I would pick both of those teams to beat the Wolf Pack, but their offensive versatility could be more than either the Bearcats or Vols could handle.

If you're looking for a seven-seed to make an extended run, these are your guys.

In terms of double-digit seeds, New Mexico State is the only one that can make a long run. They have one of the best defenses in the country (14th in AdjD) and have three of the top five contributors back from last year's NCAA Tournament team. The Aggies beat Miami and nearly beat USC at the Diamond Head Classic in December, so they've shown they can play with - and beat - quality competition.

Furthermore, they have a very favorable draw. Both Clemson, their opponent in the first round, and Auburn, who they'd likely face in the second round, are dealing injuries to key players (Donte Grantham for Clemson, Anfernee McLemore for Auburn) and neither has been dominant since those guys went down. That creates a favorable path to the Sweet 16. Once there. they'll likely face Kansas and the run could end there - but the Aggies really feel like a second-weekend team.