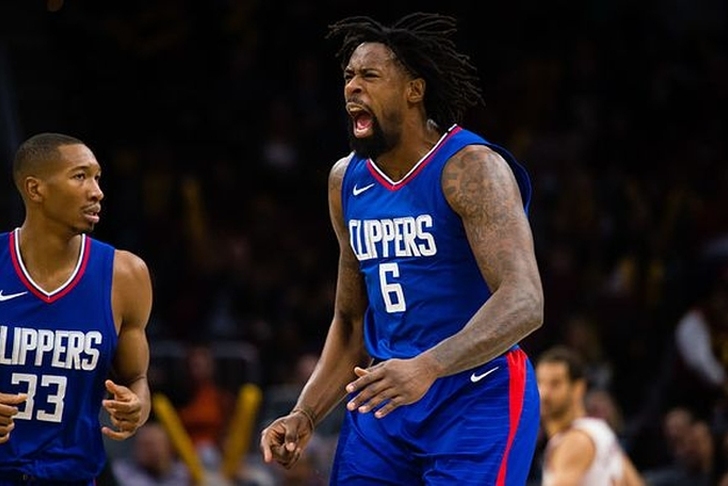 The NBA All-Star Game is over, but the break will continue for a few more days. It's a bit of a dead period around the league, especially with the trade deadline in the rearview mirror, but there are still plenty of rumblings about where buyout candidates could be headed in the coming weeks and potential free agent moves this offseason. Here are the latest NBA news & rumors you need to know:

Suns a potential landing spot for DeAndre Jordan?
Los Angeles Clippers center DeAndre Jordan is expected to decline his player option in order to test the free agency market this offseason, and the Phoenix Suns could be the team that makes the most serious push for him, according to Bleacher Report's Paul Kasabian.

The Phoenix Suns could be a good fit to sign Jordan. Starter Tyson Chandler is at the back end of his career, and fifth-year backup Alex Len hasn't been given much opportunity on the court. He's done well in limited time (8.4 points and 7.7 rebounds in 20.4 minutes of action this year), but Len is a free agent after this season, and it's possible he and the Suns could agree to part ways.

The Suns already have a scoring core of Devin Booker, T.J. Warren and Josh Jackson, and they could use a strong rebounding big who won't command the ball. Jordan could be that player, and he could run with the fast Phoenix team as well.

Phoenix is expected to pursue a starting-caliber point guard and center in both the draft and in free agency. Should they elect to draft a big man, the Suns likely won't pursue Jordan, who is averaging 11.8 points and 15.0 rebounds per game this season.

Potential Vince Carter buyout and possible candidates to sign him
Last week, Marc Stein of the New York Times reported that the Sacramento Kings would work with Vince Carter on a buyout if he wanted one. However, that's unlikely, according to multiple reports.

The Boston Celtics and Toronto Raptors are both interested in Carter, but Carter signed his one-year, $8 million with the Kings for the chance to be a mentor for their young players. He is still happy in that role.

Carter is averaging 5.0 points and 2.2 rebounds in 17.1 minutes per game this season.

NEXT READ: 5 Intriguing Things We Learned From Kobe's Interview With Shaq

NBA All-Star draft to be televised next year?
The 2018 All-Star Game was the first All-Star game to abandon the East vs. West format in favor of a fantasy draft system, but the draft was not televised - which drew plenty of criticism. Commissioner Adam Silver hinted that will change next season.

"When we sat with the union and we came up with this format, we all agreed, let's not turn something that's 100 percent positive into a potential negative to any player," Silver said. "But then ... maybe we're overly conservative, because then we came out of there, and the players were, 'We can take it. We're All-Stars. Let's have a draft.' So it sounds like we're going to have a televised draft next year."

Team LeBron beat Team Stephen 148-145 in a game that was praised as one of the best and most entertaining All-Star games in recent memory.

NEXT READ: Here Are The Vegas Odds On Which Team Will Sign LeBron James This Offseason