5 Intriguing Things We Learned From Kobe's Interview With Shaq 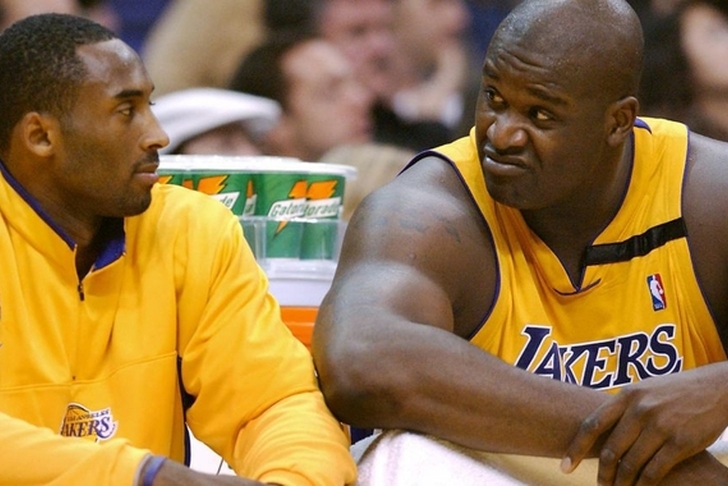 Prior to NBA All-Star Saturday Night, when the Skills Competition, 3-Point Contest, and Slam Dunk Contest took place, TNT aired an extended interview between Kobe Bryant and Shaquille O'Neal. The two discussed their time together with the Los Angeles Lakers, why the worked so well together, and, ultimately, why their relationship turned so sour during the last few years before Shaq was traded to the Miami Heat.

Here are the five biggest things we learned from the interview:

1) Kobe Bryant was headed to the Chicago Bulls
At the peak of the feud between the two, Kobe had pretty much decided that one of them had to go. Because of that, Kobe had demanded a trade to the Bulls if the Lakers kept Shaq. He was so serious about it that his family had even picked out a house in Chicago.

Kobe Bryant says he was indeed looking to join the Bulls at one point in his career. He was looking for schools and houses in Chicago.

"You gave [Shareef O’Neal] the trophy. And I said to myself ‘Luckily, I won three out of four with this guy. But I was an [expletive] to this guy. So, I owe you an apology," Shaq said. "I’m going to give you an apology, but we don’t need to be doing all of that crying like Magic [Johnson] and Isiah [Thomas],” O’Neal said. “But thank you for that moment. That was the first time I was able to give him something from his dad. I was going through a lot at the time. He loves you for it, and I love you for it.”

Shaq apologizes to Kobe for the way he treated him. pic.twitter.com/U1JiCBuRlZ

3) Shaq & Kobe mooned Kings fans
In a moment of levity between the two, Shaq and Kobe revealed that they mooned Sacramento Kings fans on the way out of the arena after winning Game 7 in the 2002 Western Conference Finals.

5) Kobe's goal wasn't to pass Jordan - it was to get more titles than Shaq
As that motivation showed, Kobe's career goal became to win more championships that Shaq in his career in order to:
1) Prove he could win without Shaq
2) Take his place his history as a guard who could win without a dominant big man (although Pau Gasol certainly played a major role) and
3) Simply have more than Shaq - something he rubbed in Shaq's face several times during the interview.