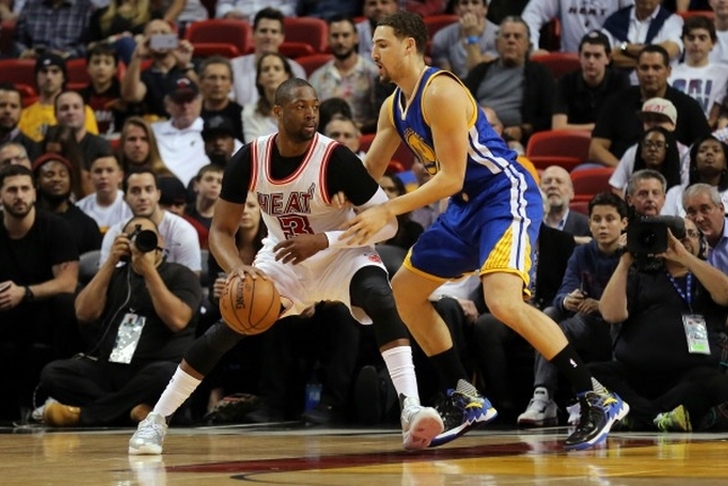 The NBA season has finally reached the All-Star break and the rumor mill has cooled off dramatically since a frantic trade deadline, but there are still plenty of rumblings about where buyout candidates could be headed in the coming weeks and potential free agent moves this offseason. Here are the latest NBA news & rumors you need to know:

Aldridge is averaging 22.4 points and 8.4 rebounds per game this season, while Horford in averaging 13.3 points, 7.7 rebounds, and 5.1 assists per game.

Dwyane Wade reportedly instigated Kevin Love-Cavs drama, not Isaiah Thomas
Isaiah Thomas received most of the blame for the dysfunction in the Cleveland Cavaliers locker room prior to the trade deadline, but Dwyane Wade - who the Cavs sent to Miami Heat for a second-round pick - was at the center of a much-publicized incident in January involving Kevin Love, according to Joe Vardon of Cleveland.com.

Yes, Thomas was upset that Kevin Love went home with an illness before a 24-point loss to Oklahoma City had concluded on Jan. 20, and that he was not at practice the following day. But, sources said, it was Wade who first made an issue of it on Monday, challenging Lue to disclose where Love had been.

Numerous players verbally attacked Love, who eventually explained his absence as part of a wide-ranging, heated discussion in which virtually no one was immune from criticism.

Klay Thompson hopes to stay with Warriors
Golden State Warriors guard Klay Thompson will be a free agent after next season, and given the team's salary cap situation, they're not expected to be able to re-sign him. There has been plenty of buzz about Thompson's free agency because of that, but he's hoping to stay with the Warriors.

“Absolutely,” Thompson said. “Playing for one team your whole career is definitely special. Only so many guys have done it in professional sports, so it’ll be a goal of mine. Hopefully it all works out.

“It’s so far away. Anything I can do to stay with the Warriors is first and foremost. God willing, it happens. If not, I don’t even think about that.”

Golden State has plans to explore a potential deal for New Orleans Pelicans forward Anthony Davis this offseason, and there was talk of a potential trade in which Golden State would send both Thompson and teammate Draymond Green to New Orleans for Davis. Green's deal expires following the 2019-2020 season.

NEXT READ: Here Are The Vegas Odds On Which Team Will Sign LeBron James This Offseason