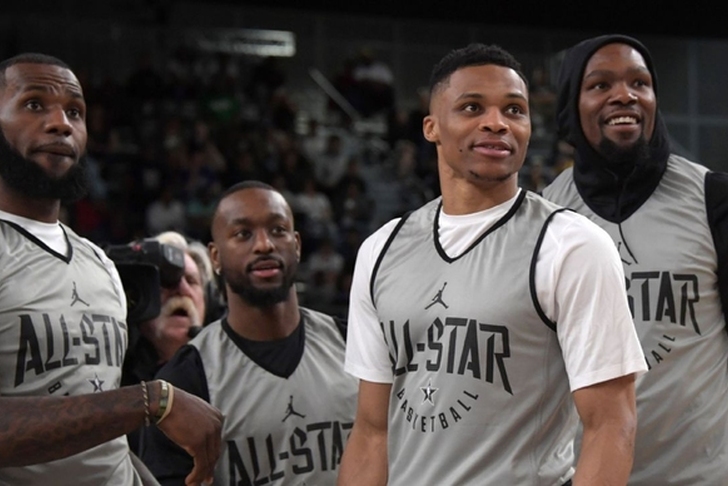 Here's a sentence you probably never thought you would read. The NBA All-Star Game came down to the final shot and ended with lock-down defense. To cap off a highly entertaining NBA All-Star Weekend, the All-Star Game lived up to the hype as Team LeBron defeated Team Stephen 148-145. LeBron James was selected All-Star game MVP after dropping a near triple-double with 29 points, 10 rebounds, and 8 assists.

Most of the complaints about past NBA All-Star games had been the complete lack of defense and just overall relaxed feel of the games. To those complaints, this game blew them out of the water. Despite starting a little slow, the game picked up in the second half and it was clear that as the game got tighter, the players were taking it to heart. The post game celebration from Team LeBron was evident enough after a DeMar DeRozan potential game-tying 3 didn’t beat the buzzer, securing victory for Team LeBron.

For the rest of Team LeBron, Kevin Durant scored 19 points on the night along with 6 rebounds. Kyrie Irving had 13 points of his own and was also close to a triple double with 9 assists and 7 boards. Anthony Davis and Russell Westbrook scored 12 and 11 points respectively to cap off the starting lineup. Paul George scored 16 points off the bench.

Team Curry was a much different story with DeMar DeRozan leading the way with 21 points. Steph Curry struggled from deep, hitting only 3 of his 11 attempts for 11 total points on the night. James Harden wasn't much better, missing 11 of his 13 attempts from downtown coming out to only 12 points. Damian Lillard dropped 21 points off the bench for Team Curry, going 9 of 14 from the field.

For full highlights, check out the Chat Sports Twitter feed.