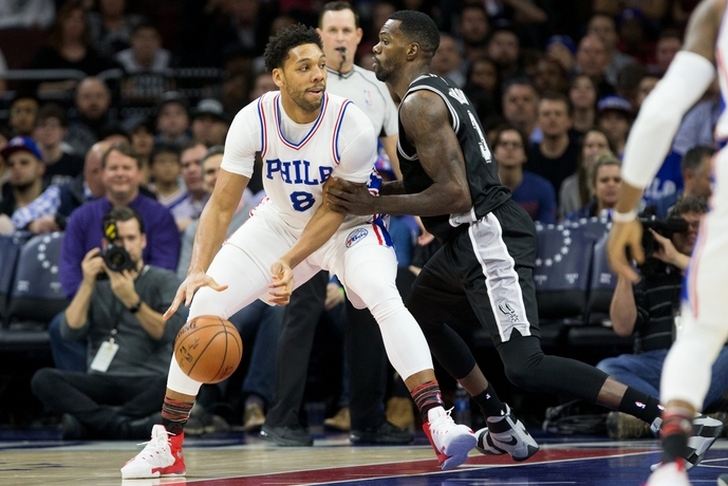 The NBA season is in full swing with the Eric Bledsoe trade saga continuing to dominate headlines. A number of teams have inquired about him, but the Suns' high asking price is driving a number of those teams away. However, Bledsoe isn't the only player looking for a trade. Here's everything you need to know in today's NBA Rumors Roundup:

Suns trying to include Tyson Chandler in Eric Bledsoe deal
As the Suns try to trade Bledsoe, they are looking to offload veteran big man Tyson Chandler and his contract in the same deal, according to Marc Stein of the New York Times:

As the Suns seek a new home via trade for Eric Bledsoe, they've explored trying to move Tyson Chandler in the same deal, league sources say

Phoenix has been trying to move Chandler since the offseason, hoping to avoid paying him the $26.6 million they owe him over the next two years. He is averaging 6.7 points and 9.7 rebounds per game so far this season.

NEXT READ: 4 teams that could trade for Eric Bledsoe

Jahlil Okafor asks 76ers for buyout
The Philadelphia 76ers declined their fourth-year option on center Jahlil Okafor's contract on Tuesday, and he has since asked the team for the buyout, according to multiple reports.

Philadelphia has been trying to trade Okafor since his rookie season but have been unable to find a taker. He has also been unhappy with his role throughout the past two years. After averaging 17.5 points and 7.0 rebounds per game as a rookie while starting 48 of the 53 games he played in, he was demoted to a bench role behind Joel Embiid last season.

If he does hit the open market, the Boston Celtics are his most likely destination, according to Keith Pompey of the Philadelphia Inquirer.

Assuming @JahlilOkafor did get a buyout, the #Celtics would be the most likely destination for the center.

Okafor put up 10 points, nine rebounds, and two blocks in 22 minutes in his only appearance of the season, which came in a 128-94 loss to the Toronto Raptors on Oct. 21.