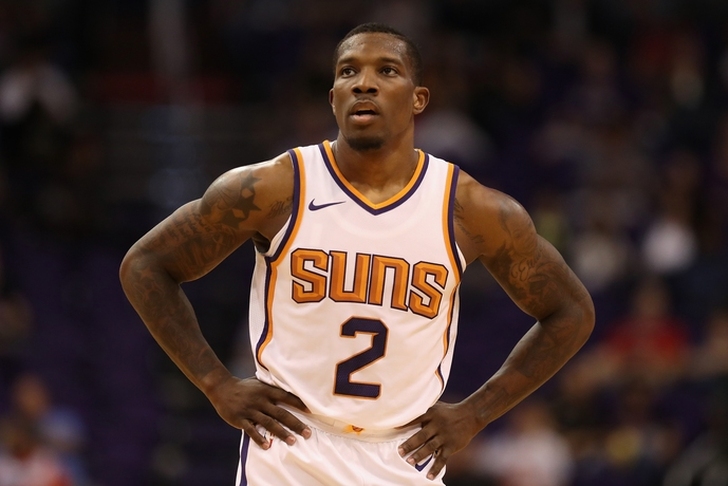 The NBA season is only a week old, yet we already have our first major trade drama of the season. Following the Phoenix Suns firing of head coach Earl Watson on Sunday, starting point guard Eric Bledsoe seemingly requested a trade on Twitter and Phoenix is already discussing a trade with a number of teams. Who could make a deal happen? Here are the four teams most likely to trade for Bledsoe:

4) Cleveland Cavaliers
Cleveland nearly acquired Eric Bledsoe from the Suns this offseason when Phoenix tried to acquire Kyrie Irving, but that deal fell apart because of Phoenix's unwillingness to include rookie Josh Jackson in the deal. Bledsoe and LeBron James are friends, have the same agent, and worked out together this summer. However, the Cavs don't have the young players the Suns are interested in and don't want to part with Brooklyn's first-round pick. The market around Bledsoe has to drop significantly for Cleveland to be a viable suitor - but they're interested.

3) New York Knicks
The Knicks have been the most aggressive in talks with Phoenix is asking for both Frank Ntilikina and Willy Hernangomez in return for Bledsoe. Ntilikina was the No. 8 overall pick in the draft but has only played eight minutes this season due to an ankle injury while Hernangomez was a second-team All-Rookie selection last season, averaging 8.2 points and 7.0 rebounds per game. However, he has fallen out of their rotation behind Enes Kanter and Kyle O'Quinn.

New York has not shown a willingness to part with either player, and the Suns haven't shown an interest in any other package to this point. Because of that, they aren't any higher on this list.

2) Denver Nuggets
Denver was also quick to jump on Bledsoe talks, thinking that he can help solidify them as a playoff team. They seem to have accepted the fact that Emmanuel Mudiay is not their point guard of the future and are trying to include him in this deal, though the Suns don't necessarily want him. It appears as though Kenneth Faried will be included and Phoenix is pushing for Jamal Murray - who Denver does not want to include. Still, they have plenty of other pieces that could get this deal done.

1) Milwaukee Bucks
This is the fun one. Milwaukee knows their championship window is opening thanks to the play of Giannis Antetokounmpo and want to upgrade their point guard position. The question here is who the Bucks would be willing to give up. Thon Maker and Khris Middleton are off the table, but would they ship Rookie of the Year Malcolm Brogdon or Jabari Parker to Phoenix for Bledsoe? Potentially. The Suns would be very interested in either player, making them the team most likely to get a trade done.