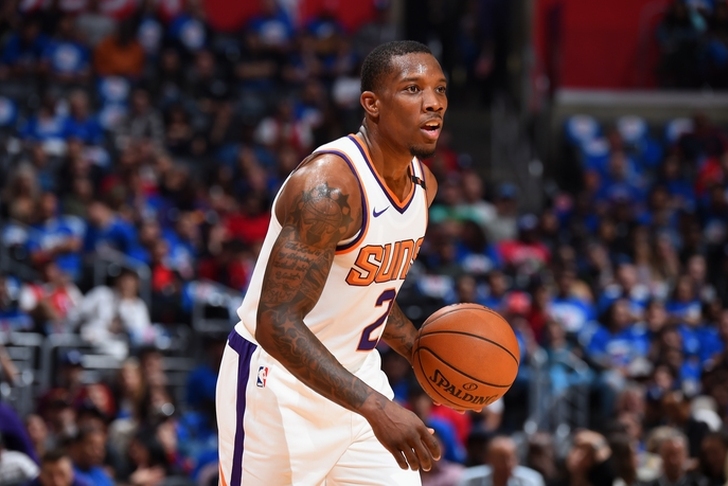 The NBA season isn't even a week old yet, and we already have our first major trade drama of the season. Following the Phoenix Suns firing of head coach Earl Watson on Sunday, starting point guard Eric Bledsoe seemingly requested a trade on Twitter and Phoenix is already discussing a trade with a number of teams. We have the latest on that and more in today's NBA Rumors Roundup:

Suns say Eric Bledsoe won't play for team again
Bledsoe met with members of the Suns front office on Monday morning to discuss that tweet in which he expressed his desire for a trade. The team sent him home, saying he won't rejoin the team while they work to trade him.

Fire up those trade machines. pic.twitter.com/2Obx6ATQiB

Bledsoe had requested a trade during the offseason and expressed his displeasure with the direction of the franchise. He is hoping to be traded to a contender.

Update on Suns-Knicks trade talks
A number of teams have already been discussing a possible trade for Bledsoe with the Suns with the New York Knicks being the most aggressive. Phoenix is asking for both Frank Ntilikina and Willy Hernangomez in return for Bledsoe, according to Michael Scotto of Basketball Insiders.

Ntilikina was the No. 8 overall pick in the draft but has only played eight minutes this season due to an ankle injury.

Hernangomez was a second-team All-Rookie selection last season, averaging 8.2 points and 7.0 rebounds per game. However, he has fallen out of their rotation behind Enes Kanter and Kyle O'Quinn.

Heat tried to trade Hassan Whiteside last season
The Miami Heat signed center Hassan Whiteside to a four-year, $98.4 million contract prior to the 2016-17 season, but that doesn't necessarily mean that they're committed to him long-term.

On The Hoop Collective, ESPN's Jackie MacMullan reported that Miami "tried to trade him all over the block" during the team's terrible first half of the season last year but were unable to find any suitors. While they have since stopped actively pursuing a trade, this indicates that he is far from untouchable.

Whiteside scored 26 points and grabbed 22 rebounds in Miami's 116-109 loss to the Indiana Pacers in the season opener. He hasn't played since due to a bruised left knee.