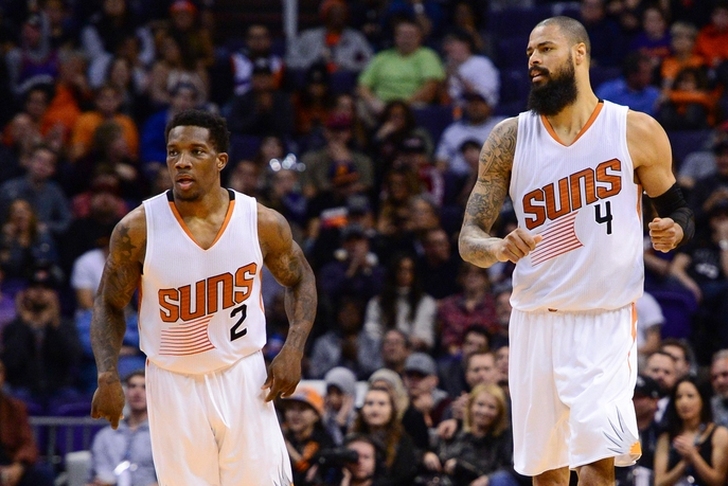 The NBA preseason ends tomorrow, and teams around the league are making their final preparations ahead of the start of the regular season next week. However, there are a number of teams already discussing possible trade scenarios and are putting players on the block. Here are all the latest news & rumors you need to know from around the league:

Suns openly shopping three players
The Phoenix Suns are expected to finish at or near the bottom of the Western Conference standings as they continue with their tank-and-rebuild strategy, and as such, are willing to part with some veteran players.

According to ESPN's Zach Lowe, the Suns are willing to trade Eric Bledsoe, Tyson Chandler, and Jared Dudley.

The Suns will surely listen if and when suitors call for Eric Bledsoe. They've explored the possibility of moving off Jared Dudley and Tyson Chandler, sources say, though they likely feel no urgency to dump them; Phoenix remains just under the salary floor.

Phoenix had included Bledsoe in trade talks with the Cleveland Cavaliers in their pursuit of Kyrie Irving. Bledsoe expressed his desire to play for a contender at the time, saying he "loves everything about" Phoenix but "at the same time, I want to win."

Bledsoe and Chandler both start for the Suns with Dudley coming off the bench as a stretch four.

Mavs to decrease Dirk Nowitzki's minutes
Dirk Nowitzki played his fewest minutes (26.4 per game) last season since his rookie year, and the 39-year-old may see another decrease in playing time this season, according to Dallas Mavericks head coach Rick Carlisle.

"It sounds great to bring his minutes down to the mid-20s. But if you do that, he's going to be sitting for long periods in the game and then getting back going again is going to be very challenging," Carlisle told The Dallas Morning News. "And with the new game-flow package, timeouts are coming at different times. It's a little bit different science when it comes to substituting him. So we'll see."

"We are proud that @aa000G9's #9 jersey will hang in the rafters of @FedExForum alongside Zach’s one day.”https://t.co/hEpfJDtuYe pic.twitter.com/zc2UuIOcgL

Allen, now a member of the New Orleans Pelicans, has played seven of his previous 13 career seasons with the Grizzlies. He averaged 9.1 points, 5.5 rebounds, and 1.6 steals per game for Memphis last season.