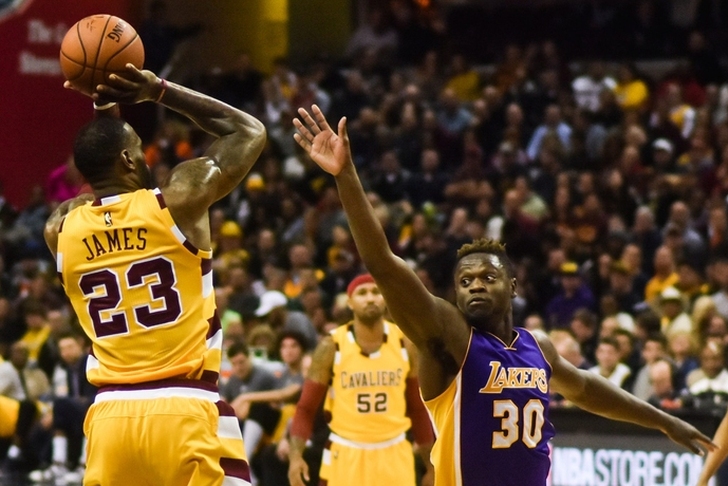 The NBA regular season finally gets underway tomorrow, but before the new year gets underway, teams around the league were making decisions ahead of today's 6:00 pm ET contract extension deadline for players entering the final years of their contracts. We have the latest on big names who did and didn't sign extensions, as well as some injury news ahead of the season opener on Tuesday. Here are all the latest news & rumors you need to know:

LeBron James expected to play in opener
James has been dealing with a sprained ankle throughout the preseason, and while he is questionable to play in tomorrow's opener against the Boston Celtics, Cleveland Cavaliers head coach Tyronn Lue said the team is preparing as if LeBron will be playing.

Tuesday's matchup isn't just the first game of the season - it also marks Kyrie Irving's return to Cleveland after he requested a trade this offseason.

Los Angeles is trying to save as much cap space as possible in order to sign two players to max contracts in the offseason. They have also explored the possibility of trading Randle, and they will continue to field offers for him throughout the season.

San Antonio attempted to trade Aldridge at the trade deadline last season and again prior to the draft, but have no opted to keep him around long-term.

Aldridge averaged 17.3 points and 7.3 rebounds per game last season, both of which were his lowest since his rookie season.