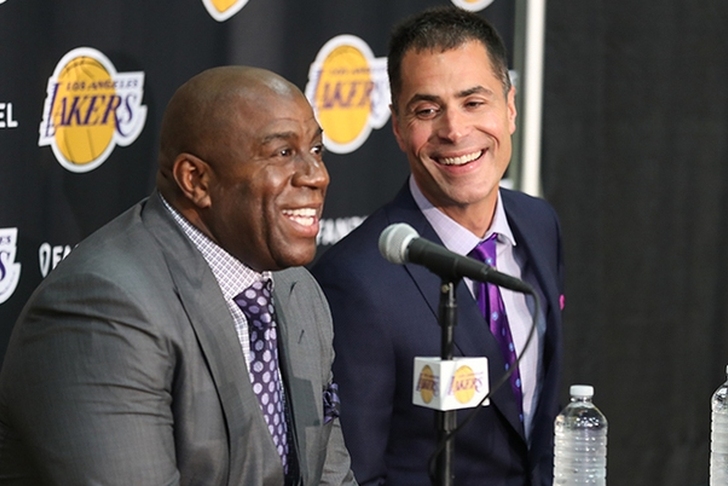 The Los Angeles Lakers have been signing players to one-year deals this offseason in order to maximize cap space for next summer, and general manager Rob Pelinka confirmed on the Dan Patrick Show that they did so in order to be able to sign "a superstar or two" in free agency next year.

“And then, the final plan, Magic and I did a trade that allowed us to have double-max cap room a July from now," Pelinka said. "July 2018. So with our platform, we’re really hopeful we can add maybe a superstar or two to this young core and have the best of both worlds.”

Among the players who can or will be unrestricted free agents next summer include LeBron James, Paul George, Russell Westbrook, DeMarcus Cousins, Kevin Durant and DeAndre Jordan.

Since taking over LA's front office, Pelinka and team president Magic Johnson have been planning for George and LeBron to be the two players they sign to max deals in 2018.